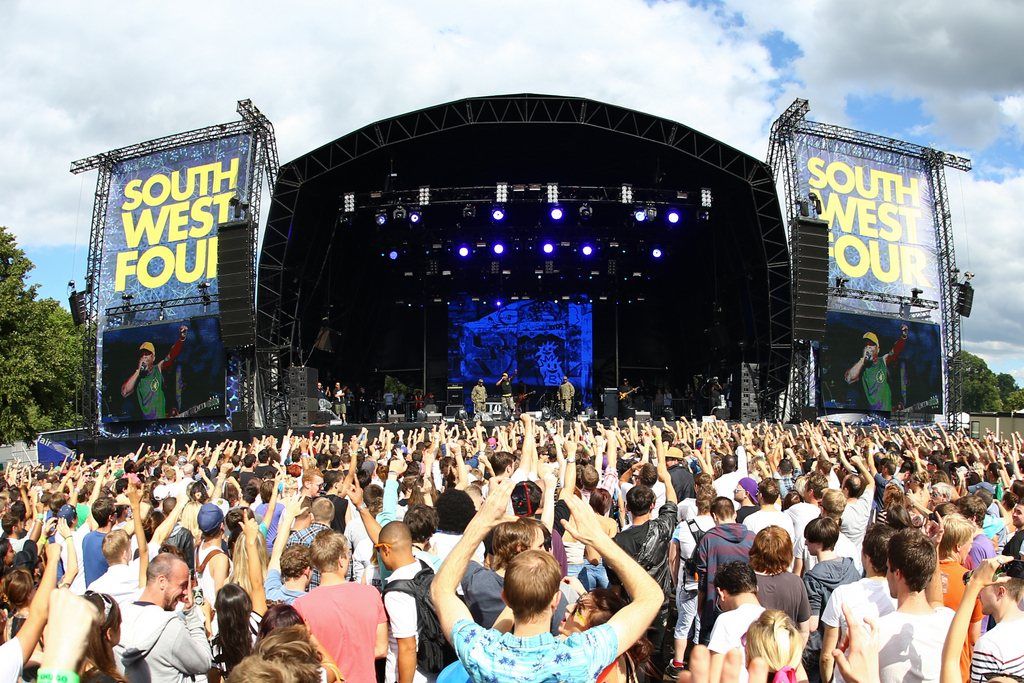 With temperatures rising in London and summer officially on its way, South West Four has added yet more acts to the line-up for one of the city’s biggest dance music festivals.

And in more big SW4 news, Capital, the UK’s no.1 hit music brand, will bring the sound of ‘Saturday Night Capital’ to SW4 Saturday, with some of the world’s hottest DJs and producers set to play the brand new Capital Stage!

FULL LINE UP FOR THE CAPITAL STAGE ANNOUNCED

With four number one singles, two top 10 albums and a Grammy nomination to his name, Robin Schulz has wowed crowds at major festivals including Ultra, Tomorrowland and Electric Daisy Carnival. His instantly recognisable sound masterfully incorporates live instrumentation with a little piece of tropical paradise. With residencies at Balearic strongholds Ushuaia and Pacha, his SW4 debut is going to be huge.

Don Diablo’s rise to the higher echelons of dance music has been a swift affair. A regular on DJ Mag’s Top 100 polls, Don has amassed one of the most loyal fanbases in dance music.  His latest visit to the capital witnessed a sell-out crowd pack Electric Brixton to the rafters for a phenomenal show. From dominating Beatport charts to selling out a European tour at the start of the year, Don is one of the most in-demand acts around right now and his SW4 set promises to be unmissable.

Born and raised in London, MTV EMA and BRIT Award nominee Jonas Blue shot to fame in 2015 with his multi-platinum, award winning cover of Tracy Chapman’s ‘Fast Car’. The track topped the UK and US dance charts and cemented his position as one of the most streamed and played artists online and on air. He has played to huge crowds all over the world, including Tomorrowland and Lollapalooza.

His award-winning remix of ‘Cooking on Three Burners’ firmly established Kungs as one of the hottest DJs and producers around. At the tender age of just 20, the French producer and has had the blessing of stalwarts in the scene such as Martin Solveig. He is currently on an international tour spanning three continents, and last October witnessed him take on the legendary Ministry of Sound for his first ever performance in the capital. His electrifying DJ sets have earned him top spots alongside the likes of David Guetta, Robin Schulz and Nervo and he is going to make a big impression on Clapham Common with his infectious sound!

The champion of melodic house, Klingande has been breathing new life into electronic music with his impeccable productions and uplifting sound, solidifying his reputation as one of the most refreshing and original producers around today. He rocketed to worldwide prominence in 2013 following the release of the platinum-selling ‘Jubel.’ With a stand out live show at SW4 and a headline gig at the world famous Ministry of Sound last year, his Klingande’s return to the Common is hotly anticipated!

Endorsed by global superstar Kygo, Dutch star Sam Feldt is following in the footsteps of his counterpart on a similar course of global domination. His ‘Heartfeldt & Friends’ concept is taking the world by storm, with a stand-out party at the prestigious Amsterdam Dance Event, one of the most talked about parties at Miami Music Week and a breath-taking performance at ULTRA. He is set to take things to the next level at SW4 when he brings his live set up to the UK for the very first time.

A three-piece audio-visual collective from Chicago, Autograf have a distinctive sound. Their remix of Clean Bandit’s ‘Rockabye’ caught the dance music community’s attention and demonstrated what this trio is capable of. Currently on a world tour that spans from Hong Kong to Amsterdam with twenty shows in between, this August they’ll make their London festival debut, and it’s bound to catapult them further into the electronic music stratosphere.

Alex Adair played his biggest ever London show at Ministry of Sound in October with Jonas Blue. His ability to create productions that appeal to the masses has become the key to his success so far, with a brilliant remix of Ed Sheeran’s ‘Thinking of You’ putting him firmly on the map. He’s rubbing shoulders with some of the top names in dance music and it surely won’t be long until he is considered up there with the biggest.

Jerome Price first burst onto the scene with his punchy deep house mixes, including his ‘Seeking Bromance’ remix which has over 1 million plays on Soundcloud. After becoming an online sensation, he’s performed in world-renowned clubs like Ministry of Sound and is sure to bring something fresh to Clapham Common!

Tickets for day one are selling fast – to guarantee a place in the crowd at London’s biggest dance music festival, get your tickets now from www.southwestfour.com.

+ Many more across five stages…