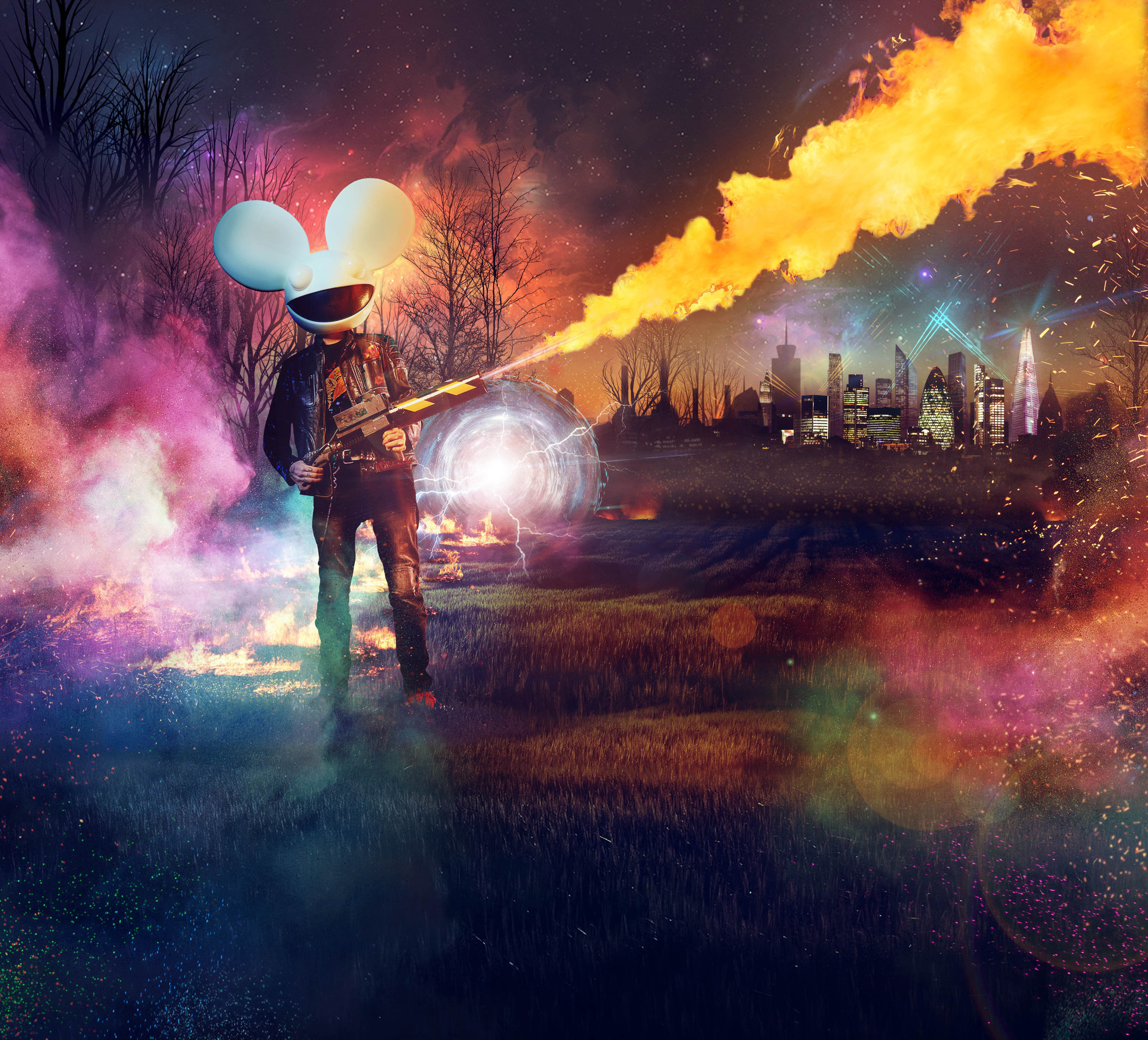 Last week SW4 completed phase one of our Saturday lineup as many of the most talented and popular artists confirmed their appearance at the fourteenth instalment of our Clapham Common extravaganza! Now all heads turn to the Sunday as we give you a taste of what’s set to come on day two. With the biggest names from the full breadth of the dance music spectrum come together to cap off what’s set to be a spectacular weekend, thousands of devotees have already secured their place. We cannot wait for more of you to join the SW4 family in what is going to be the most all-encompassing edition yet!

Visionary. Pioneer. Geniu5. These are some of the words that have been used to describe your Sunday night headliner.  Deadmau5 is regarded amongst the elite of electronic music artists that have ever stepped foot on the planet. Back in London for the first time in three years, Sunday 27th August 2017 will witness the Mau5’ return to London following his last appearance in the city which witnessed him dominate the SW4 main stage in 2014. Fast-forward to 2017 and he is back with a vengeance with a brand new album and ready to tour the globe with jaw-dropping and stunning production levels. With a 22 date US tour on the horizon and a brand new residency on BBC Radio 1, there is no doubt that one of the greatest producers on the planet is on a mission to demonstrate why he is #1!

An absolute titan of house and techno, Marco Carola is the undisputed leader of a hugely competitive scene. The man from Naples has been championing his sound across the globe for many years now and his hugely popular Music On parties have captured the imagination of the dance music community. His weekly summer residency at the world famous Amnesia Ibiza has seen him regularly break attendance records at the huge Balearic venue. His dominance is so much so that he has now started his own festival in the clubbing city that is Amsterdam as he continues his world domination. We cannot wait to welcome the one and only Marco Carola back to SW4!

Leaders of the UK underground, BBC Essential Mix of the Year contenders, DJ Magazine cover stars, headliners everywhere from Berlin's Panorama Bar to London's Fabric, Dusky's story so far is one of constant forward motion and universal appeal. The London duo are deep in preparation for their new LIVE tour as they set to embark on a series of sold out shows across the country showcasing their latest productions. Their vocal & synth-led productions have allowed them to standout amongst a plethora of hugely talented acts around them. Dusky Live, Clapham Common, Sunday 27th August. This will be special…

Born in Southampton, Raised in Manchester, based in L.A, Gareth Emery’s tour schedule doesn’t look too dissimilar to that. Always jet setting from one side of the world to another, Gareth is one of the hardest working DJs out there.  His last visit to the capital witnessed a sold out show at the world-famous Roundhouse in Camden as an army of Gareth’s fans descended to the North London venue. A regular at London’s longest standing weekly night, The Gallery at Ministry of Sound, he knows the lay of the land and will absolutely smash Clapham Common to pieces come August Bank Holiday!

Matador’s formidable LIVE show has been a constant talking point in dance music as the Irish man has been working tirelessly to perfect his energetic sound. A regular guest at Richie Hawtin’s ENTER party, he has been performing extensively in Ibiza and at Enter events all over the world from Brixton to Amsterdam and farther afield in Los Angeles and Miami. Now looking to take his career to the next level, Gavin Lynch aka Matador is definitely one to watch for 2017 and we are eagerly awaiting his performance on the beautiful landscape of the Common!

Nicky Romero has stamped his authority in the electronic music scene with the Dutch maestro considered to be one of the leading exponents of the high octane sound that has dominated many parts of the world in recent years. A consistent over achiever in everything he does, Nicky is used to playing to thousands of reveler’s worldwide as he sells out clubs from Europe to Asia. Bank Holiday Weekend will no different as thousands of Londoners descend onto the Common.

Since their inception in 2005, Pan-Pot have become a dominant presence in modern techno, an ascent mirrored in the rise of their home label Mobilee records to the top tier of electronic music. Tagging themselves as “the dark side of the force,” Pan-Pot have melted minds, warped perceptions and reinvigorated the dance floor with their heavy, unorthodox sound. We cannot wait to welcome this techno heavyweight back to Clapham Common for what’s sure to be a bold and uncompromising performance!

The brothers from the Bronx have been nothing short of a sensation in the electronic music scene in recent years. The Martinez Brothers’ burst onto the scene at the early age of fifteen and have been one of the leaders in the global house music scene since then. Holding a residency at the world-famous DC-10 since 2011, their high-energy performances and in-depth-knowledge of house music have made them favourites across dance floors worldwide. The brothers will be making their SW4 debut this summer and their unique ability to guide the crowd through a musical journey like no other means they are the perfect addition to what’s already shaping up to be a huge house and techno line up at SW4 Sunday…

When you put together one of the most respected artists in the UK scene with another that is carving his own way to becoming the same, you get Chris Lorenzo back to back with DJ Zinc. Zinc has been one of the most prolific and talented artists in the scene for over two decades and his recent tour schedule means he’s definitely not looking to slow down. On the other hand. Lorenzo has received huge critical acclaim for his new album and is destined for great things. We can’t wait for this world-exclusive back to back which is sure to blow the roof off!

We are thrilled to announce that The Gallery stage is returning to SW4 2017! The longest standing weekly club night in London has been in the forefront of the capital’s clubbing landscape, welcoming the world’s greatest DJs every single week. Having made Ministry of Sound its own for the last few years, The Gallery has become the stable diet of many in the city who look to escape their everyday lives and get lost in the music amongst like-minded individuals. On Sunday 27th August, they will showcase a jaw-dropping line up as the Gallery is back at South West Four!

With thousands of SW4 fans already securing their ticket, the demand for tickets to this year’s Clapham Common extravaganza has been higher than any of us had expected.

SW4 Sunday pre sale tickets go on sale this Wednesday 25th January at 9am and can be accessed by signing up via the SW4 website. Limited to 8 per customer, £49.50 pre-sale tickets will be available on a very limited basis and will increase in price once sold.

Also for the first time ever, SW4 will be offering a deposit scheme where you can secure yourself a weekend or day ticket for only £20! These will work out more expensive than buying in one go but will allow you to be more flexible with your payments. This will involve a very simple 3-step process for each ticket type. The dates of the 2nd and 3rd payments will be outlined once the 1st payment is made. You have until Wednesday 1st March to take us up on this deposit scheme offer.

If you are yet to secure your pre sale ticket, make sure you join the thousands that have already by signing up via www.southwestfour.com/presale