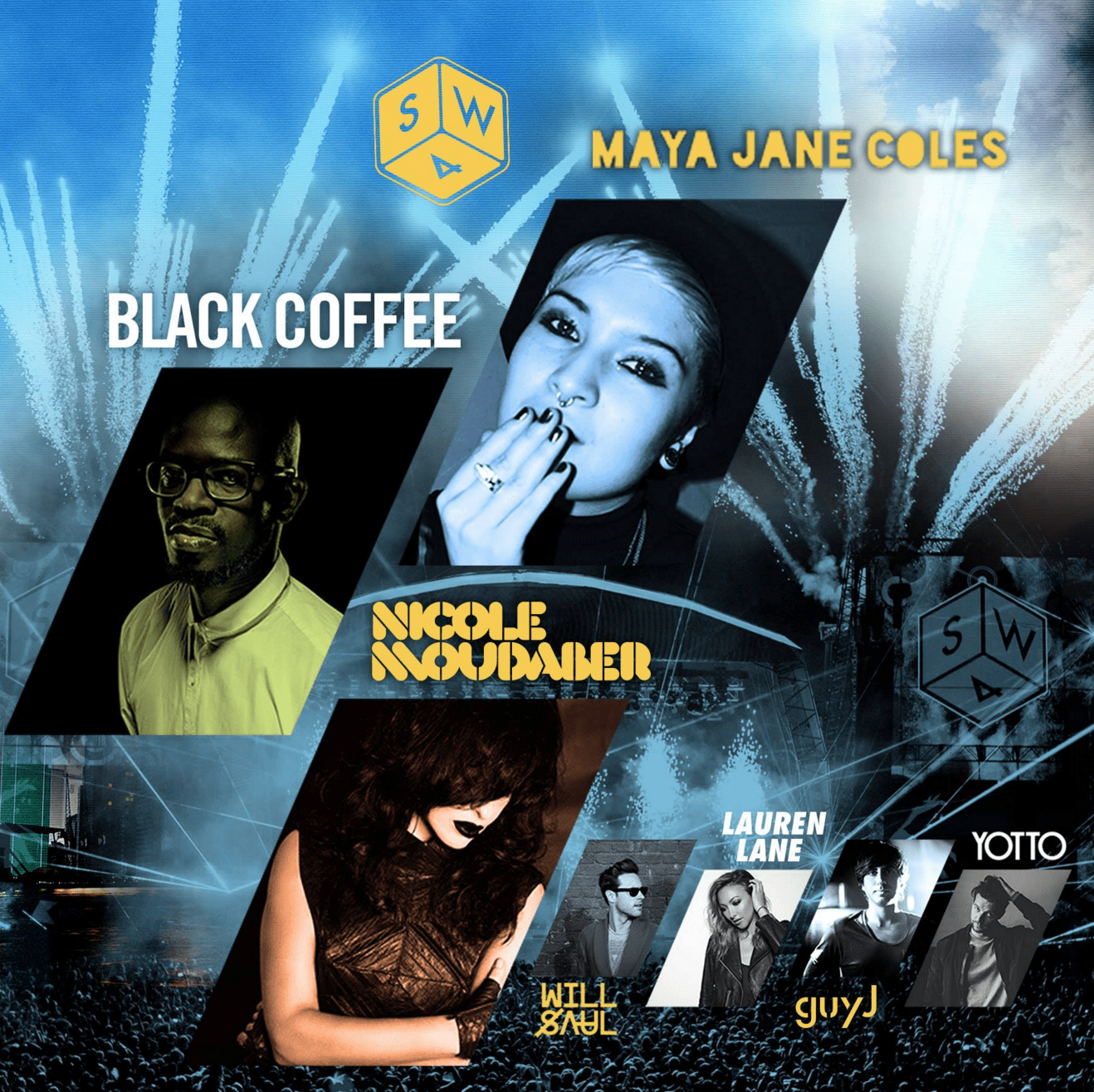 Over the past few week’s we’ve been revealing phase three of your 2016 line-up. Today we strengthen this even further and add seven more electronic juggernauts to SW4 Sunday.

As some of the finest and favoured talents currently dominating the underground, we’ve invited only the very best of its frenzied melting-pot to join us at what has become London’s only way to end the summer. With the summer now in clear view across the capital’s horizon, we’re proud to present this standout collection of electronic perfection landing imminently Clapham Common…

After carving a courageously niche sound in the ever-changing world of electronic music, there’s no denying Maya Jane Coles resides as one of its biggest artists of today. Her intricate production methods have seen her climb through the ranks and evolve into one of the UK’s hottest properties, backed up by being crowned ‘Best Producer’ at DJ Magazine’s Best of British Awards 2015 and January 2016’s cover star. SW4 2015 saw the female phenomenon present her own festival stage for the very first time in one of the biggest moves of her career to date. This was then followed by a truly remarkable after-party performance leaving us no choice but to bring her back. Don’t miss her.

Hailed as South Africa’s greatest ever electronic talent, the past twelve months have seen Black Coffee grow into one of the world’s most instantly recognisable figures. This meteoric rise has allowed his Afropolitan-house sound to touch down on all four corners of the globe, sparking a worldwide demand for his specialist, finely-tuned methods. Celebrated as a national hero with countless SAMA awards from ‘Best Male Artist’ to ‘Best Dance Album’, it’s no wonder why the love for his organic sound has spread even further. His recent sold out headline show at Electric Brixton saw him deliver a rare and extraordinary extended five hour set, making his return this August one of the most anticipated prospects of our 2016 line-up.

Now internationally recognised as one of techno’s leading ambassador’s, Nicole Moudaber’s striking rise to the top has seen her soar through the ranks at an alarming speed. Having earnt her spot amongst the electronic elite thanks to a burst of unstoppable releases on Drumcode and Pure Intec in addition her own MOOD imprint; we’re extremely excited to bring her back to SW4 for the first time in five years. Parading an uncompromisingly tough techno sound, Nicole’s anticipated performances are built using a trademark formula that has seen her profile grow ten-fold. Based on a dark, driving electronic back-bone, the past twelve months has seen her extensively tour USA and Europe, leading up nicely to an exclusive London summer play.

Another forward-thinking producer making his South West Four debut this summer is AUS Music boss Will Saul. Forming his sound around key elements of disco, house and techno with flashes of soul, the underground favourite has garnered a dedicated following and ranks amongst the UK’s finest. His popular imprint reaches its 10 year anniversary in 2016, a testament to Will’s impeccable track selection. Arriving at SW4 for the very first time, don’t miss him.

Following a superb appearance at Saved’s 10th anniversary party at Fire last November plus a storming start to 2016, LA-based Lauren Lane earns her SW4 debut this summer. A regular on the festival circuit including Coachella, BPM, Burning Man, Tomorrow World and now South West Four, the rising star is one to watch for 2016. Armed with a wide range of dancefloor weaponry, Lauren’s tech-laced perfection is not to be missed. We can’t wait.

Very few DJs in the world can boast the same levels of sophistication than Lost & Found boss Guy J. His emotive sound has been fused from deeply textured techno and hypnotic house melodies to create a hugely sought-after sound. A favourite within the Bedrock camp, Guy’s relationship with the capital is no secret and we can’t wait to have him back at SW4.

Marked as one of 2016’s biggest break-through talents thanks to on-going backing from the likes of Pete Tong on BBC Radio 1, we’re pleased to welcome Anjunadeep favourite Yotto to SW4 for the very first time. His recent after-hours mix and ‘Aviate’ EP have received unprecedented support across the board, leading nicely into his inaugural Clapham Common performance.