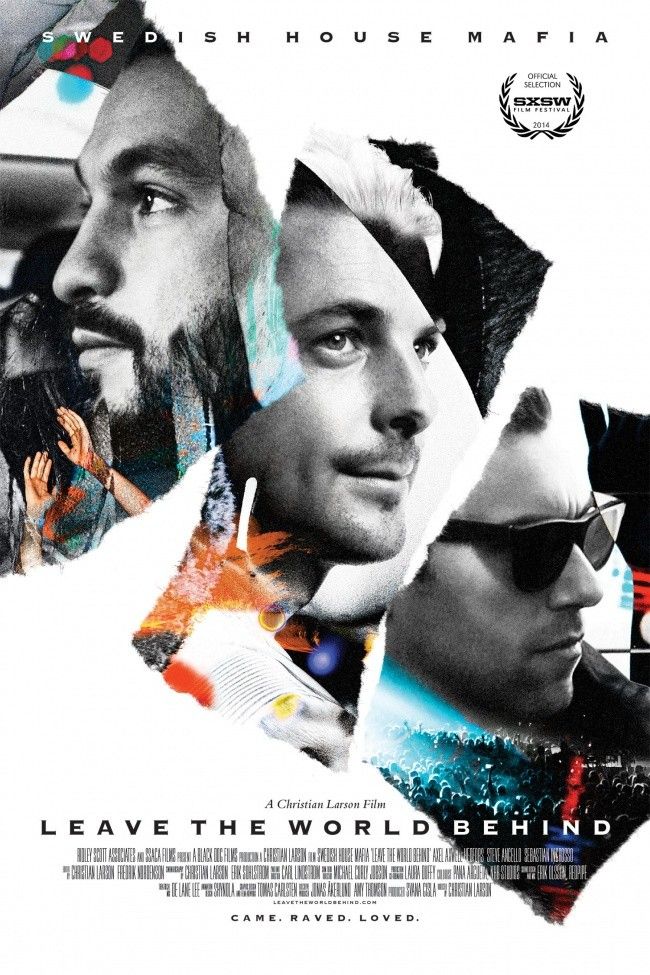 Leave The World Behind follows the Swedish House Mafia embarking on their farewell ‘One Last Tour’ after their shock decision to split. As Axwell, Steve Angello and Sebastian Ingrosso globetrot the planet, this documentary takes us back offering a personal an insight into the formation of one of dance music’s biggest sensations and the subsequent tensions that led to their announcement to part ways.

The amazigng new engaging film documentary Leave the World Behind beautifully captures the dazzling spectacle that followed the group as they circled the globe on One Last Tour, hitting 26 countries and playing to more than one million fans on the unexpected farewell jaunt marking the decision to break up when Swedish House Mafia was at the peak of its powers and arguably the biggest band in the world.

Leave the World Behind presents a compelling tale of how the three DJs first came together and in a few short years grew into a global phenomenon over the course of essentially just six singles. What soon becomes apparent is that no one, least of all the DJs themselves, ever really imagined that their brand of purposefully uplifting dance music would play such a pivotal part in breaking the sound throughout the world!

If you’re a dance music fan, I’m sure you will already be a fan of the Swedish House Mafia. This film really is a must for you! Not only does it stir up memories of great dance tracks and the nights out you fondly link to them but also shows the recent upserge of dance music and how it’s changed your life for the better; all packaged in a gloriously made film.

We would highly recommend it!

‘Leave The World Behind’ is available in cinemas nationwide soon.