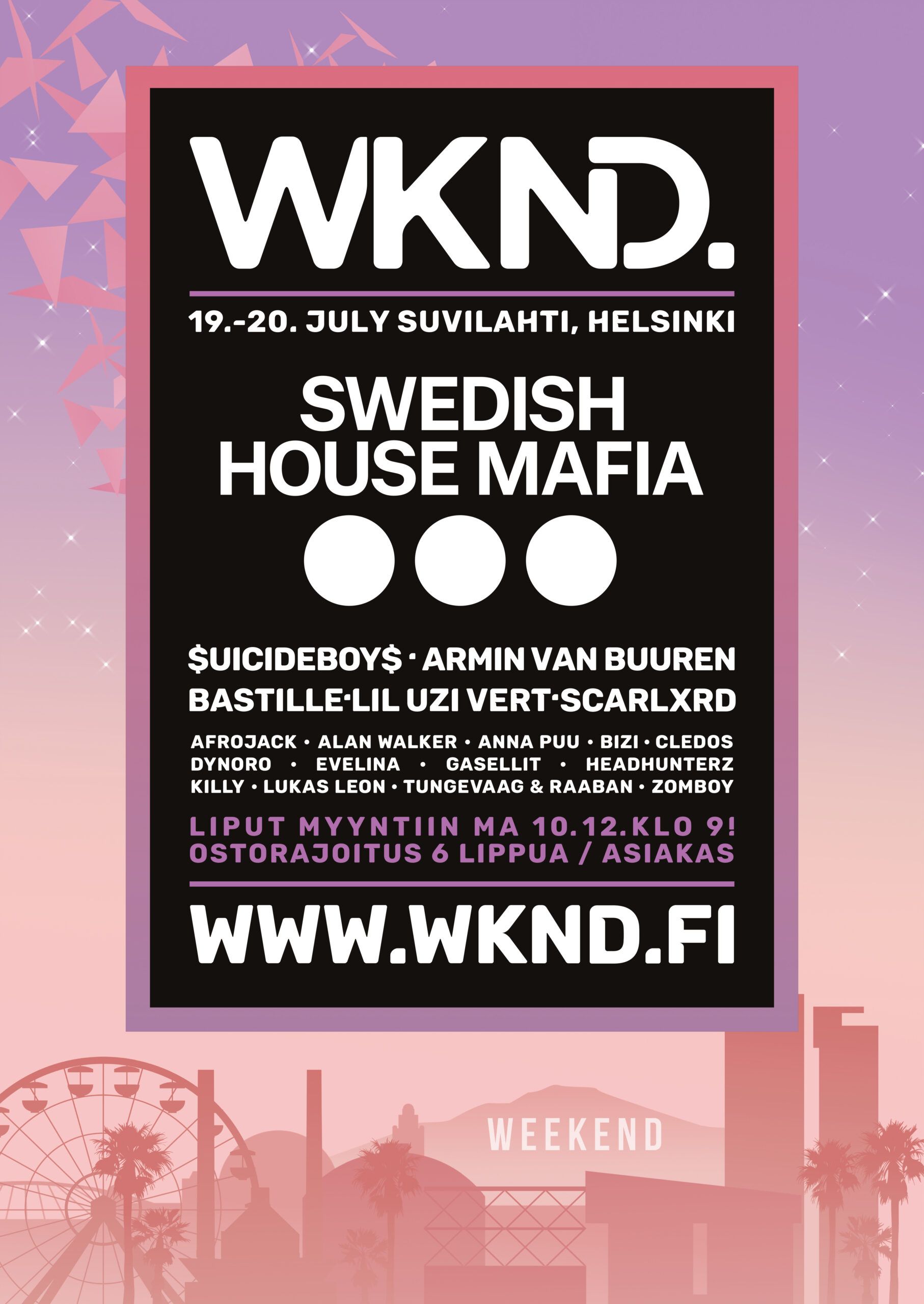 The resurgent Swedish House Mafia have been announced as guests for Finland’s Weekend Festival 2019 (19-20 July, Helsinki) — only their second show in the country ever.

The trio returned to the headlines with what seemed to be a one-off reunion show at Ultra Festival this year, but have now revealed that they are hitting the road together for a series of dates in 2019. The prospect of new music from them also hangs in the air.

Ticket pre-sales are currently open to Finnish residents, with overseas guests able to purchase from 9AM on 10 December from festicket.com. With news of this huge announcement, tickets are expected to go very quickly, so don’t delay in getting yours.

Held in a stunning urban location in Suvilahti, just minutes away from the city center of Helsinki, Weekend Festival combines high-production outdoor stages with stunning indoor arenas, all tieing into its annual theme. It was previously voted Finland’s best summer festival by listeners to major national radio station YleX, and has received nominations at the European Festival Awards and the Music & Media Industry Awards.