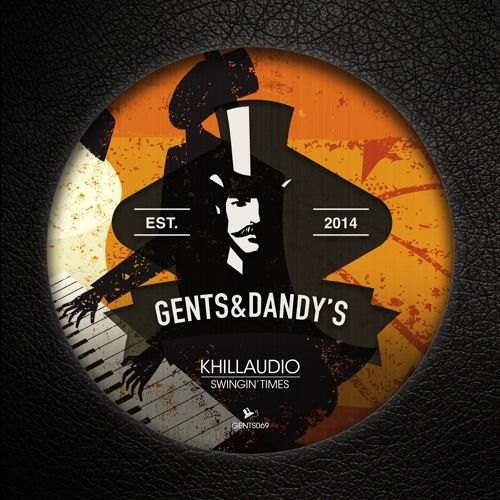 ‘Swingin Times’ is the first release of 2018 for the Gents and Dandy’s label. Consisting of three tracks, one original from label owner Khillaudio and two remixes courtesy of Sebb Junior and Das Carma & RMR, the release is pointing towards a great year for the label. Formerly part of a duo with his brother under the name Bo & Khill, he has been flying solo since 2004 and started Gents and Dandy’s in 2014, showing an unerring commitment to the deeper end of house ever since.

The release kicks off with the original title track, ‘Swingin Times’. The no-frills beat leads the way until the repetitive, swinging bass line joins in. The track moves forward with its deep, serious groove as more elements join in; a man talking about the golden age of jazz; a filtered horn sample; and a trumpet solo.

Next up are the two remixes, with Sebb Junior’s coming first. Opening with female vocals and a submerged beat, the track hangs tantalisingly in the background. Before long, the beat kicks in and we see a far more upbeat, summery version of ‘Swingin Times’. Last on the release is the Das Carma & RMR remix. Opening with a deep kick, hi-hats join before we’re introduced to the original theme. The almost live sounding bass joins in and gives the track its deep groove. Standing halfway between the deep original mix and Sebb Junior’s poppier offering, we are given the full spectrum by Das Carma & RMR.