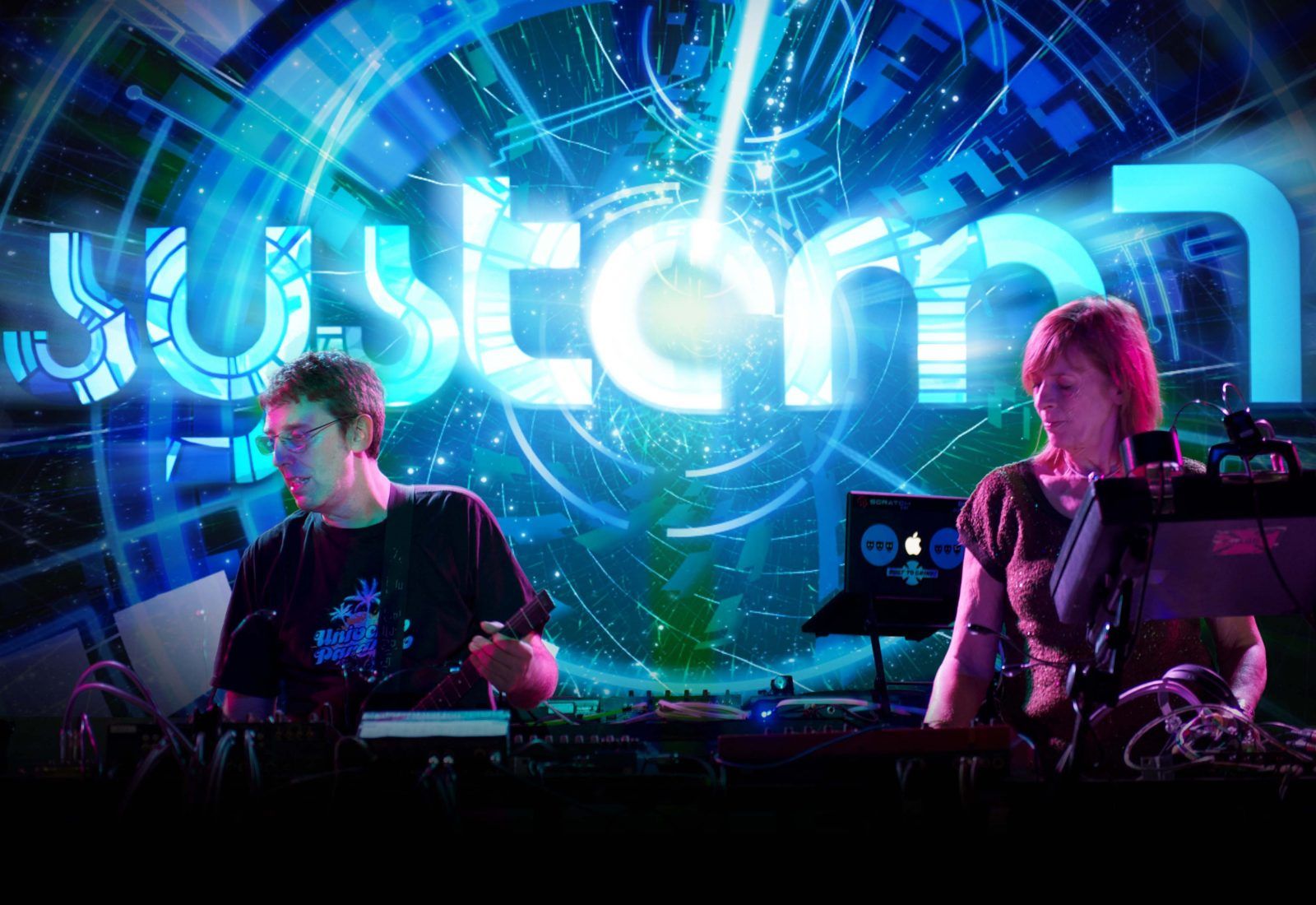 This evergreen duo who ‘have come in for their fair share of flak and praise from the critics, but the fact is they have a durability that most dance artists would give their eye teeth for, not to mention a loyal fanbase’ (RA).

From Steve’s early presence in Planet Gong and the revered ambient opus “Rainbow Dome Musick”, there is a cutting experimental edge that runs through their work including championing and working early on with Detroit’s Techno godfather Derrick May on the ‘Mysterious Traveller’ and seminal ‘Fire’ and ‘Water’s dual albums, which had a marked influence on the electronic artists that followed – check out Sheffield’s Warp label for Black Dog, B12, Autechre, and AFX.

Many of dance music’s leading visionaries have also collaborated and remixed System 7 including Richie Hawtin on their mind-blowing ‘Alphawave’ track, A Guy Called Gerald, Carl Craig, Dubfire , Laurent Garnier and of course their work with The Orb on the classic 40-minute No 1 single ‘Blue Room’ and ‘Little Fluffy Clouds’.

Following on from this year’s ‘N+X’ Mini LP, October 2015 sees the simultaneous release of the new System 7 and Mirror System albums ‘X-Port’ & ‘N-Port’ which System 7 launch with 2 Live shows at London’s Jazz Cafe on Wednesday 28th October, and supported by The Orb’s Alex Paterson DJ-ing.