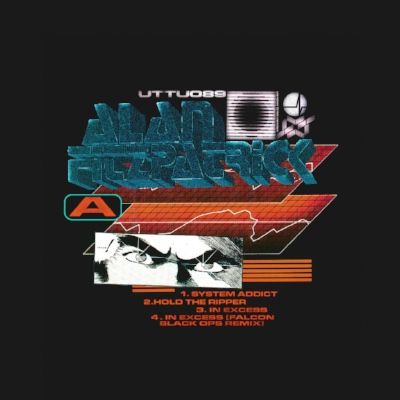 A leading player in the underground, crossing over into the hearts of ravers all over the globe, Alan Fitzpatrick has delivered his brand new ‘System Addict’ EP. Taking a leftfield turn away from what fans have come to expect, the new collection of tracks showcase Alan’s ever-evolving, dynamic sound. Making his debut on DJ Haus’ highly respected Unknown to the Unknown imprint, Alan is placed alongside key tastemakers Daniel Avery, Kornel Kovacs, Mall Grab and Baba Stiltz.

Packed with Alan’s unique blend of driven force, the EP titled ‘System Addict’ showcases the vibrancy and inventiveness that has come to characterise Alan’s music, with tracks like ‘Hold The Ripper’ and ‘In Excess’ displaying the Brit’s cavernous beats and emotive chord sequences. Conjuring up sumptuous low-slung soundscapes on the Falcon Black Ops remix of ‘In Excess’; the EP follows Alan’s recent launch of ‘We Are The Brave Radio’ – a weekly series packed with the freshest cuts from the techno scene, with studio mixes from both Alan himself, and an array of his DJ peers.

Setting the standard for a decade with a seemingly endless stream of productions that have the uncanny knack of holding a special place in the hearts of the current clubbing generation, Alan Fitzpatrickcontinues to go from strength to strength, with the British producer’s recent festival ‘Alan Fitzpatrick Day’proving a sell-out in success in Ireland.

Alan was also in attendance at Miami Music Week, with a storming set at Jamie Jones’ Paradise in Space event; since becoming an unofficial resident at their DC10 residency. The release of ‘System Addict’ precedes another busy summer for Alan, with the producer playing various events worldwide, including Tomorrowland, Creamfields, and The BPM Festival, in addition to Ibiza dates at elrow and Do Not Sleep. With the huge success of Alan’s debut house party tour last Autumn, the series will be returning later this year – all to be revealed soon.