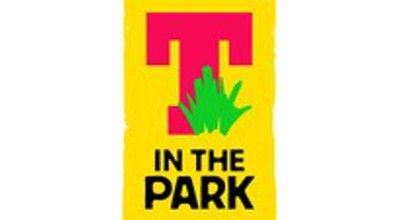 The countdown to T in the Park is now well and truly underway, with just 7 weeks to go until the festival opens its gates, and festival organisers DF Concerts and founding partner Tennent¹s Lager have today added The Temperance Movement, Vigo Thieves, The Jezabels, Saint Raymond, LYGER and Neon Waltz to the bill, plus have revealed a packed programme of entertainment set to get the party started on the Thursday night.

A top line-up of DJs are Balado-bound on Thursday 10th July, with Sub Club residents Harri and Domenic taking to the decks in the campsite. The duo behind the underground house night Subculture will serve up their legendary blend of house and techno to Thursday campers. Also appearing on the Thursday night will be Midnight Beast’s Welcome to the Dirty Weekend, DJ and High Sheen co-founder Ben Martin and Wardy of La Cheetah Club, house, techno and hip hop production duo Mia Dora, Drums of Death (who¹s remixed for Azealia Banks, Franz Ferdinand and Hot Chip), plus tunes from Glasgow imprint Dixon Avenue Basement Jams also feature on the Thursday.

With Thursday Weekend Camping tickets close to selling out, fans looking to make the most of the long weekend should buy their tickets soon from www.tinthepark.com.

Fronted by Glasgow-born Phil Campbell, blues rock five-piece The Temperance Movement also feature Jamiroquai¹s Nick Fyffe on bass. Their debut self-titled album was a top 10 hit in the UK following its release in 2013. Having spent the summer of 2013 supporting the likes of The Black Crowes and Bruce Springsteen, they sold out a headline show at Glasgow¹s QMU last month.

Glasgow alternative rock five-piece Vigo Thieves combine heart-felt lyrics with sing-a-long choruses to create an epic, stadium rock sound. Widely tipped for big things, their track Heartbeats featured as the soundtrack to T in the Park¹s line-up announcement video in 2012, and they wowed a capacity Transmissions Stage crowd at last year¹s festival. Currently working on their debut album, they¹re sure to receive a warm welcome back to Balado.

The Jezabels¹ second album The Brink peaked at no.2 in the album charts in their native Australia, with track The End hailed Song of the Year by Rolling Stone readers. The album was met with widespread critical acclaim in the UK on its release earlier this year, and they recently wowed crowds across the UK as special guests on Depeche Mode¹s tour.

Saint Raymond, aka 19 year old Nottingham singer-songwriter Callum Burrows, is definitely one to watch. He¹s been championed by BBC Radio 1¹s Zane Lowe ¬ who featured his single Young Blood as his Hottest Record in the World, and has toured with fellow T in the Park artists Ed Sheeran and Haim.

Six-piece psychedelic indie rock band Neon Waltz write their melodic, sun-drenched, sonic soundscapes in a remote croft located in the wilderness of Caithness. Having recently toured with The Augustines, they¹ve been hailed as one of the most exciting new acts around by NME, who described their music as ³raw and beautiful in equal measure².

Organisers have also revealed the Stage Splits for the festival weekend. For the full line-up and Stage Splits by day, visit www.tinthepark.com