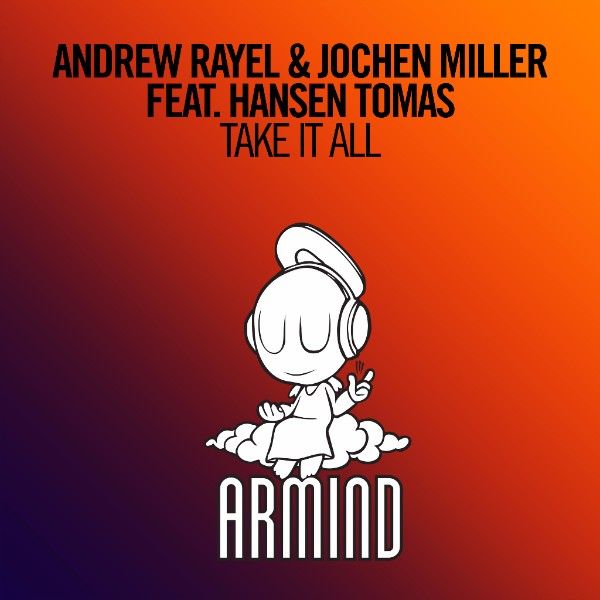 For the first time ever, Andrew Rayel and Jochen Miller have joined forces for a brand-new single. ‘Take It All’ features the vocals of Hansen Thomas and was released today on Armind.

A grand mixture of sturdy beats, soaring vocals and a mesmerizing piano breakdown, ‘Take It All’ is arguably the pair’s most club-wrecking record yet. After the gorgeous breakdown, the track lifts off with larger-than-life synths and pounding bass, displaying an ideal blend of power and melody that few can resist fist-pumping to.

More than often touted as key artists in their respective scenes, both Andrew Rayel and Jochen Miller are currently in the prime of their long-standing careers. Andrew Rayel is one of the flag bearers of the Trance scene and has performed around the globe at major clubs and festivals such as Tomorrowland, Electric Daisy Carnival, Ultra Music Festival, Electric Zoo, and A State Of Trance, as well as having a Las Vegas residency at Marquee Nightclub.

Adding to the already impressive list of his newly found collaborator, Jochen Miller has seen his signature sound spread all over the world. Among the clubs and festivals conquered are Pacha New York, Marquee Las Vegas, Privilege Ibiza, Creamfields, Ministry Of Sound, EDC, Sunrise Festival, Stereosonic and various editions of A State Of Trance.