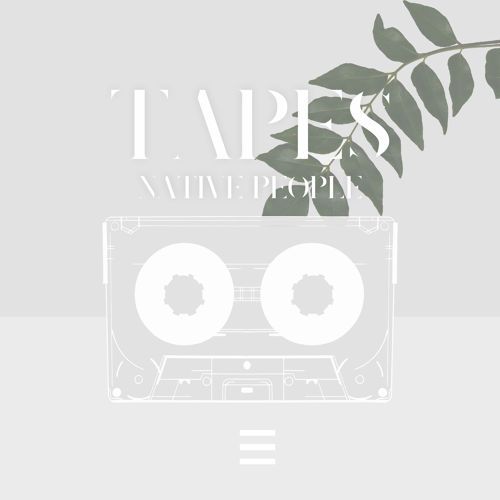 The band’s previous efforts have been widely praised, with their first single, ‘Calm Forever’ being highlighted as BBC Introducing’s ‘Record of the Week’ and Amazing Radio’s ‘Discovery of the Week’, while its follow up, ‘ONE’, received multiple plays on Tom Robinson’s BBC 6Music radio show.

The coastal quartet, who hail from Kent, say: ‘the inspiration for Tapes EP started with us setting out to create our own vision of dance music and indie guitars, building on our earlier material by pushing the tempo and refining the production’.

The result is three seaside-influenced, sentimental takes on dreamscape indie-dance, plus two remixes of the title cut, courtesy of Earmilk-approved The Citrus Clouds and electro-disco collective Lua Sonique.

To record ‘Tapes’, the band teamed up with Mark Lord, who recorded their first singles, and whose previous remixing work has earned radio play from BBC Radio 1’s Pete Tong. Lord’s strong background in dance music production, coupled with the band’s unanimous admiration of 80s synths and the early progenitors of power-pop, has resulted in a refreshingly upbeat EP that’s perfect for its early summer release.

Despite their youth, Reuben (21), Luke (20), Connor (18) and Hudd (18), masterfully craft songs well beyond their years, citing a wealth of influences and drawing impressive comparisons to acts such as Foals, Two Door Cinema Club and Friendly Fires. The band cite their own influences on this record as Theme Park, The 1975, and Bombay Bicycle Club, married with an effort to capture that much-loved 80s vintage sound.

Already sporting a strong live following, which has seen them support acts such as Mausi, Jaws, and Dave Rowntree of Blur on tour, Native People also played a sold-out show at KOKO for Club NME last September.

They return to the live fore to play an electric EP launch at Barfly this May, kicking off a summer that’s bound to hold big things for these talented newcomers.