Taylor Swift had the most-liked Instagram on Election Day 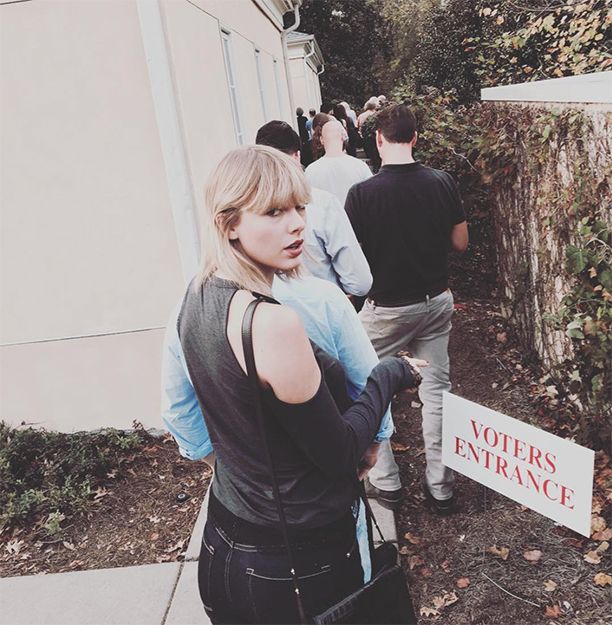 Taylor Swift had the most-liked Instagram on Election Day

Taylor Swift, Kourtney Kardashian, and Rihanna had the most popular Instagram posts on Election Day.

Celebrities documented their excursions to the polls on Tuesday, with many posting pictures and hashtags indicating they voted for Hillary Clinton. But pop star Taylor Swift, who earned the most-liked Instagram with 2.1 million likes, did not endorse one candidate. “Today is the day. Go out and VOTE,” she wrote.

Kardashian’s Instagram, which earned 1.3 million likes, endorsed Clinton. “For our future, I’m with her,” she wrote on a photo of her daughter Penelope Disick and niece North West holding hands