Flosstradamus & Dillon Francis - Tern It Up 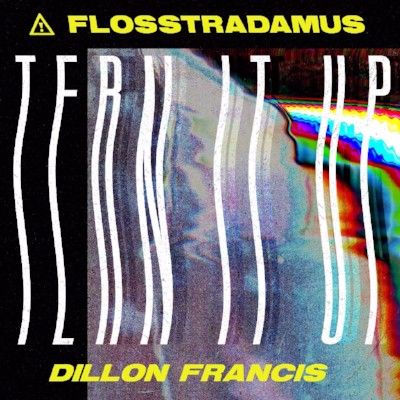 Flosstradamus & Dillon Francis - Tern It Up

Before 2017 wraps, FLOSSTRADAMUS & DILLON FRANCIS —known to their fans as Dillstradamus — release their hotly-anticipated single, “Tern It Up.” The high-profile super duo have teased the song in previous live performances and are now ready to share the bass-loaded banger with the masses today (15th December) on Ultra Music.

FLOSSTRADAMUS will round out the year with a handful of headlining shows on his “Flosstradamus: In Hi-Def” tour in Phoenix, Las Vegas, Chicago, Washington D.C., Philadelphia and New York City.  He’ll close out 2017 headlining Countdown NYE in Southern California.  Expect sets locked and loaded with throwback trap anthems, house hits, signature bangers, and, as he puts it, “other weird joints I’m feeling at the moment.”

Currently based in Brooklyn, Flosstradamus (Curt Cameruci) came to prominence in Chicago while collaborating with acts such as Major Lazer, Matt & Kim, A-Trak and Baauer. Career highlights over the past decade include iconic tracks like Major Lazer’s “Original Don” (Flosstradamus Remix), “CROWD CNTRL,” “Mosh Pit," “TTU (Too Turnt Up)” featuring Waka Flocka Flame,  “Soundclash” and “Prison Riot” with GTA featuring Lil Jon as well as collaborations with Post Malone and Travis Porter.  In March 2017, Flosstradamus released “Back Again” with Mayhem and Waka Flocka Flame.  In addition, Flosstradamus has become synonymous with a Hi-Def lifestyle, ultimately resulting in a lifestyle brand that’s extended to apparel, a festival property with HDYFEST, and record label Hi Def Youth with this year releasing singles from Yultron, Gent & Jawns and Part Native.  Flosstradamus’ devout group of fans known as the HDYNATION has developed into one of the most dedicated and recognizable communities in dance music.