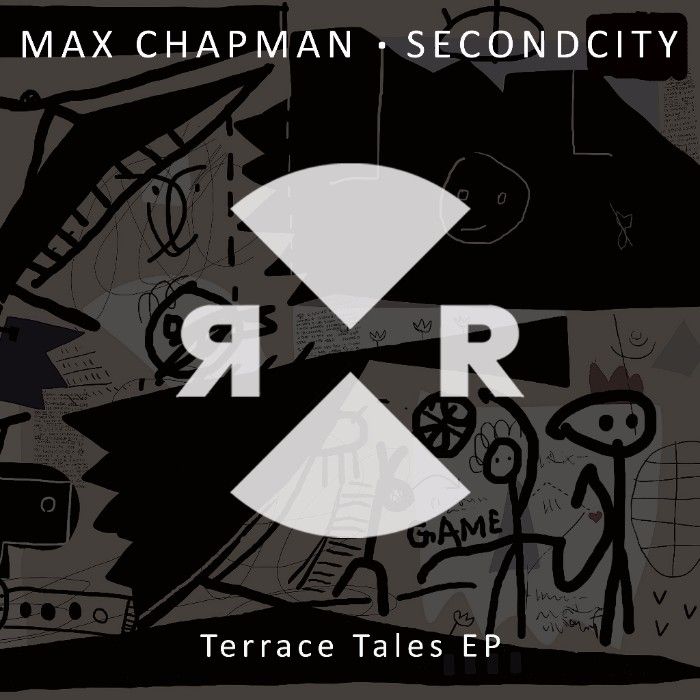 Having played b2b on several occasions, including during Secondcity’s ‘All Night Long’ night at Sankeys East most recently, Max and Rowan (Secondcity) have enjoyed a long and fruitful friendship, with the former’s recent release ‘La Fiesta’ hitting the Beatport summit for a whopping month-long period, fortifying his reputation as a producer at the very peak of his game right now.

Following the release of Rowan’s critically acclaimed ‘Kwelanga’, Secondcityand Max grace the opening track of the EP, the self-titled ‘Terrace Tales’ with tribal sounds and bells that give the production an uptempo house-focused feel, and follow on from the latin sounds found in ‘La Fiesta’ and ‘Kwelanga.’ Launching into an elongated build, the production displays both artists’ penchant for the percussive.

A diverse and dynamic EP, ‘En Las Nubes’ is slanted towards more progressive tech-house chords, using a rumbling build-up and looping synths to create a more brooding feel, whilst the EP’s conclusion, the wonderfully eclectic‘Maddison’ revolves around thundering deep hooks and a hearty bassline.

Ahead of the EP’s release, Secondcity remarked: "This EP has been something we have wanted to do together for a long time. I’ve been a fan of Max's music and we are both very much into the same stuff, this EP is a real reflection of both our sounds bundled into 1 package. We had so much fun making these records and being able to release them with relief is a like a dream for us too.”

Born in the UK, but raised in Chicago, Secondcity’s outlook on House and Techno takes influence from his exposure to both of these musical hotspots. Kicking off 2017 with a bang, Rowan released a remix on Sasha’s esteemed-label Last Night On Earth on VONDA7’s latest EP. A sign of things to come, this year has seen the producer release a flurry of critically acclaimed hits, including three different EPs as well as ‘Music is What Brings Us’, and huge summer anthem, ‘Kwelanga’ on Toolroom Records.

Aside from his impressive production skills, Rowan has been taking his sound all over the world with eclectic, energetic DJ sets. Playing some of the most exciting parties with an Ibiza residency at ABODE at Sankeys, he has also toured Australia, and performed 4 shows at Miami Music Week as well as regular gigs for ANTS, both in the UK, and at BPM Festival.

UK producer Max Chapman is set to support Gorgon City on their Kingdom Tour this Autumn, with performances scheduled at Motion Bristol and Exchange in Los Angeles, and laces the ‘Terrace Tales’ EP with his famed signature sound, creating a unique collaboration with Rowan that is sure to destroy dancefloors worldwide upon release on 13th October.