Terrence Parker – When Loves The Feeling 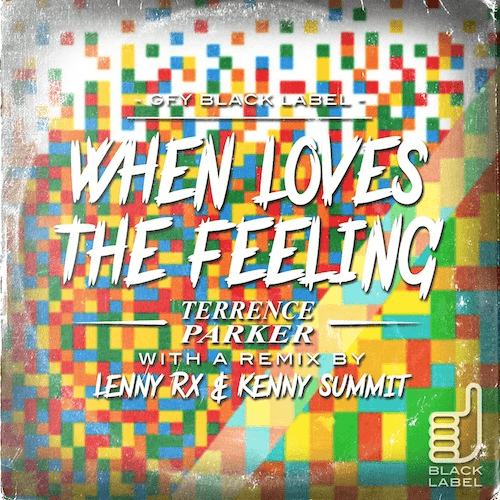 Terrence Parker – When Loves The Feeling

Ok, let’s see some hands in the air for some gigantic classic piano house vibes!! Detroit House Music Legend Terrence Parker reveals his monstrous new single ‘When Loves The Feeling’ for GFY Black label. Armed with pure house feeling and a flavour of “how we used to do..”, ‘When Loves The Feeling’ brings amore right back to dance floor central where it belongs, with it’s bumping 90’s bass and classic beats laced with highly infectious vocal and classic piano hooks. On remix duty are label boss’ Kenny Summit and Lenny RX who inject some punchy beats, dramatic breakdowns to tear the house down!

Terrence Parker is a high respected producer, remixer and DJ of the classic sound of Detroit House Music, He is also known as the pioneer of the music genre known as ³Inspirational House Music²! As a DJ, Terrence Parker (known to many as “TP”) has become legendary for his quite uncommon yet skillful turntablism style of playing House Music.  TP has performed as a DJ in 27 countries (more than 200 hundred cities) throughout the world. These events range from night clubs, to music festivals with more that 100,000 people. Since 1988, TP has released a huge amount productions on various labels from Studio K7, Network/Six6, KMS, Simply Soul, Deconstruction, Superb Ent, his own first label venture, Intangible Records and major labels – Universal, EMI, Virgin, and Sony/BMG. These include top 20 hit songs, ‘Love’s Got Me High’ (with 2012 remixes by Marc Romboy and Jimpster), ‘The Question’ and albums including ‘Detroit After Dark’.

GFY Black Label, launched earlier this year, is partnership between LA’s Good For You Records boss, DJ and Producer, Kenny Summit and New York native Lenny RX who has been a staple in the underground dance scene in the NYC area for over a decade. So far the guys have unleashed fantastic releases from Angel Moraes ft Chanel ‘Stay With Me’ and from Techno legend, Misjah with ‘Paradisaeidae’. GFY Black Label have forthcoming releases from J Paul Getto, Terrence Parker, Eddie Amador, Tedd Patterson, JR From Dallas, Lenny Rx and Kenny Summit ¬ stay tuned!..