Low Island - That Kind of Love 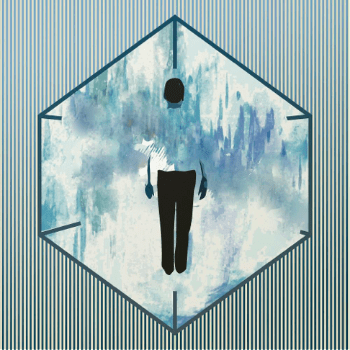 Low Island - That Kind of Love

With their previous track ‘Rest Your Head’, Oxford quartet LOW ISLAND continued the critical acclaim that has greeted their nocturnal cocktail of organic live sounds and electronic embellishments. Their rise continues with the unveiling of their new track ‘That Kind Of Love’ and the confirmation of their first ‘Low Island & Friends’ tour.

‘That Kind Of Love’ opens with an hypnotic groove of rolling bass and understated synths that’s accompanied by soothing vocals, yet the track progresses and evolves in surprising ways. The hook’s intertwined vocal harmonies heighten its compelling individuality and the instrumentation continues to expand in scale, with increasingly dominant synths pushing the song to an engaging finale.

LOW ISLAND were formed as an accidental by-product of a theatre score composed by Jamie(vocals/guitars/keys/electronics) and Carlos (vocals/guitar/keys). The pair, who also enjoyed some success in the world of dance music with a residency at The Warehouse in Leeds, called upon bassistJacob with whom they’d played in an alt-rock band as teenagers. The line-up is completed by percussionist Felix, who previously toured with the Brooklyn jazz ensemble Snarky Puppy.

They introduced themselves to the world in January with ‘Just About Somewhere’, which prompted comparisons with the likes of Caribou, Arthur Russell and Grizzly Bear. Between the EP’s four tracks and the follow-up tracks ‘Holding It Down’ and ‘Rest Your Head’, LOW ISLAND have already exceeded 1.3 million plays at Spotify. They’ve been supported at Radio 1 by Huw Stephens, Phil Taggart and MistaJam, and at 6 Music by Tom Robinson, Lauren Laverne and Tom Ravenscroft.

Along the way, they’ve also presented a flair for arresting visuals. They released an ambitious video drawing on extracts of the ‘Just About Somewhere’ EP and then a DIY video for ‘Holding It Down’which was inspired by the story of Justine Sacco, as documented in was explored in Jon Ronson’s book‘So You’ve Been Publicly Shamed’.

LOW ISLAND made their live debut late last year with a sold-out show at The Sebright Arms, and have since played Abbie McCarthy’s Good Karma Club and a BBC Introducing show in their hometown ofOxford. Having already announced summer festival dates and a June headline tour, LOW ISLAND will take their special ‘Low Island & Friends’ show on the road in October and November, and the tour culminates with two London shows at Corsica Studios. The event was debuted at Electrowerkz in April with a personally curated line-up of live performances, DJ sets and a dance installation.