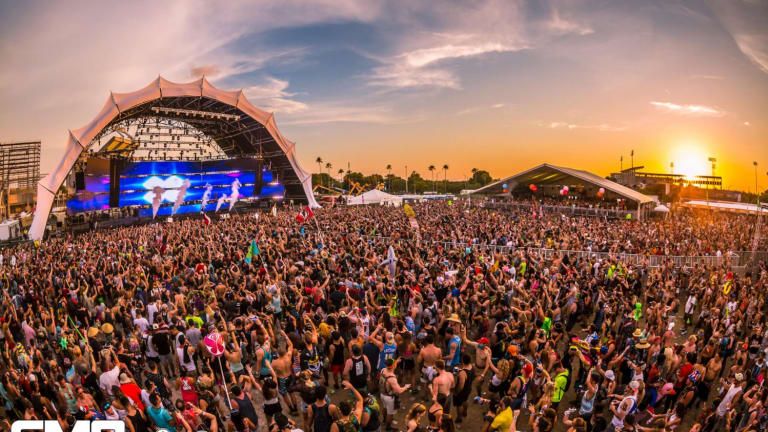 Festival season is so close you can almost taste it. But with so many amazing events to choose from, the decision of which one to go to is often the most difficult of all. As the countdown to summer begins, we're looking to Europe for our festival fix. With a startling array of new and unique alternatives for festivalgoers, many of which offer guaranteed sunshine in awe-inspiring festival locations, it's no wonder more of us will take the leap and try something new this year. So…where to? Time to tick off those boxes and figure out what's most important to you.

A field is a field, no matter where you go. Fact. So if you're tired of seeing the same green fields and muddy grounds then perhaps it's time to opt for a festival with real visual impact and a location that's guaranteed to take your breath away. Why not try…

Taking place in the stunning Petrovaradin Fortress overlooking the river Danube, the award winning EXIT Festival continues to deliver the most adventurous and value for money festival experience, whilst bathing in the hot Balkan sunshine. With something for music lovers of all genres, over 600 artists will perform on stages connected by cobbled streets, ramparts and tunnels. As night falls, the world famous Dance Arena comes alive, pulsating with energy as 20,000 pleasure seekers pour into the open air moat within the fortress walls. Started by 3 students in 2000 against the Milosevic regime, fighting for political change and freedom, today the festival is still an NGO (Non Governmental Organisation), that promotes change and positive education, supporting many community and humanitarian missions, while throwing a damn good party.  EXIT. Where hedonism meets activism.  Announced acts include; Atoms For Peace, Snoop Dogg Aka Snoop Lion, CeeLo Green, Fatboy Slim, Seth Troxler, Jeff Mills, Mathew Jonson, Dubfire, SKisM and Scuba.

Less than 2 hours from Europe's epicentre for electronic music – Berlin – the Ferropolis City of Iron, home to Melt! Festival, is a sight to behold. Imposing industrial diggers are scattered across the landscape, impressive relics of the brown coal era, whilst the cool Gremmin lake glistens welcomingly in the sun. Where tranquil tunes are played during the day, roaring bass and smashing beats reign at night, enhanced by the visually stunning light show that serves as the ultimate backdrop as darkness reigns. This years acts include The Knife, Atoms For Peace, Azealia Banks, James Blake, Alt-J, Chvrches, Disclosure, iamamiwhoami, Local Natives, Miss Kittin (live), Scuba and many, many more.

It takes something truly special to impress the festival veteran – the ones who've seen it all before and were often there from the beginning. We're calling out to those that relish an adventure beyond just the music, fearlessly scouring the festival landscape for something to amaze and delight. Open your eyes and prepare to be stunned by…

Few phenomena have captured the eyes, ears and imagination of the world in the way that Kazantip Republic has. A non-existent state that can't be found on a map, Kazantip belongs to a parallel reality…a world where for two weeks, the Republic becomes a magnet for the greatest musicians, DJs and tastemakers of the global electronic music scene. Futuristic dance floors and bars appear more like ingenious art installations, Z-citizens are married in the sky, Kite Surfers zip across the air and the sea and everyone gathers together at sunset as millions of yellow balloons ascend to the skies and the long shadows grace the hot sands.  And of course, there's music. This years guests include Art Department, Jamie Jones, Loco Dice, Maceo Plex, Pachanga Boys, Ricardo Villalobos, Tale Of Us and The Martinez Brothers. Even the most-seasoned of festival veterans couldn't fail to be impressed by this special event.

The danger with having a serious finger on the music pulse is that high expectations can often be crushed.  What you need is a festival that can really deliver. One that offers cutting-edge lineups that won't leave you feeling disappointed and where you and like-minded people can cast each other a knowing look or affirming nod as the music starts up and the revelry really begins. How about…

OFF Festival is a way of life, one that flies in the face of current trends and stays true to itself, and the ethos of organiser Artur Rojek is firmly aimed at supporting art and music with the festival bringing many acts to Poland for the first time. This year promises the strongest line-up to date, in line with the festivals forward-thinking, eclectic music policy. This year's edition is a virtual who's-who of alt-rock faves and trailblazing electronic artists including My Bloody Valentine, Godspeed You! Black Emperor, Laurel Halo, Skalpel, AlunaGeorge, Deerhunter, Goat and The Pop Group. Plus it all takes place in 'Three Lake Valley', Katowice – a beautiful green oasis in the heart of industrial Silesia.

Björk, Blur, My Bloody Valentine, Pet Shop Boys, John Talabot, Justice, Pantha Du Price, Tale of Us, Get Well Soon, S O H N, Ellie Goulding, Left Boy, Charli XCX, Pool, Miss Kittin, Boys Noize, The Sounds, Booka Shade… Just a handful of acts that will perform at this years Berlin Festival. By day, the historic Tempelhof Airport and it's former airplane hangars transform into a bustling metropolis of party people. Then, as midnight strikes, the action moves to Club Xberg at Arena Berlin, where many of the biggest names in electronic and indie music will come together to continue the party well into the early hours – only fitting given Berlin's reputation as the 24 hour party city that never sleeps.

This one's for the tastemakers out there. Those that relish an adventure beyond the music, fearlessly scouring the festival landscape for something new and unique that's somewhere different. The people that are always there at the beginning, before the crowds and the mainstream catch on. These ones are for you…

B'estfest is the ideal festival to mix with a city break, being located on the outskirts of Romania's capital city Bucharest. Taking place from 5th – 7th of July, in Tunari on the shores of Pasarea Lake, B'estfest includes 3 large stages covering rock, indie and electronic music with numerous smaller stages, art exhibitions, chillout zones and hand-made fashion-fairs. Tickets start at only 33 Euros and beer is less that 2 Euros so it won't break the bank! You can also take in some of Romania's burgeoning underground nightlife if you fancy an extended stay, as well as an array of cultural gems such as Dracula's Tomb, plus amazing weather to boot.  First acts to be announced include Texas, Chase & Status Live and Friction.

Introducing Terraneo, a new festival in Croatia in the heart of the Dalmatian coastline, held in a disused military facility on the outskirts of the picturesque town of Sibenik. Taking place from 7 – 9 August the 3-day music programme will feature over 120 music acts on 3 open-air stages and 2 DJ stages attracting music lovers in search of world-class performances, glistening seas and endless sunshine. During the festival the disused military facility transforms into a bustling little town with an eclectic music programme featuring live performances and DJ sets from international acts, exhibitions and performances, entertainment, ecology, bathing in the sea and the sun. Acts announced for this year include My Bloody Valentine, Azealia Banks and The Bots with many more to come.

Who said festival season ends in September?  Let the good times roll on into October!

The Amsterdam Dance Event is without doubt the highlight of the international dance and electronic music calendar. A truly global event, which plays host to the worlds leading producers and DJs from all spheres of the electronic music world, the ADE festival lineup never fails to impress, reading like the who's who of electronic music today. For five whole days, electronic music is at the forefront of everyone's mind and the city is alive with energy and anticipation, buzzing with over 200,000 festival visitors and 1700 international artists performing in many of Amsterdam's legendary venues.  The perfect way to round off the 2013 festival season.