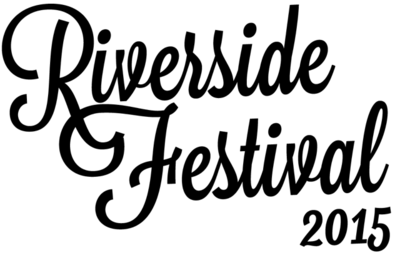 In just 24 hours, the festival season gets underway in style with The Electric Frog & Pressure Riverside Festival which will see 8,000 excited fans descend on Glasgow for Scotland’s biggest electronic dance festival. Taking place at Glasgow’s award winning Riverside Museum, an international line-up boasting an unbeatable billing from Cocoon with the likes of Sven Väth and Ricardo Villalobos plus exclusive Riverside sets from the likes of Siriusmodeselektor – the combination of Siriusmo and Modeselektor – who are only touring once making it a Scottish exclusive, has left fans counting down the seconds until the gates to the Riverside Festival 2015 open.

Festival organisers The Electric Frog & Pressure are working round the clock behind the scenes to create a festival atmosphere like none other. With the addition of The Sunset Stage, 2015 will feature three stages and over 40 hours of local and international names on the decks from 4PM-11PM. The new Sunset Stage will feature world-renowned names such as Chicago’s Ron Trent, Horse Meat Disco and Midland as well as a host of immense local talent including Optimo, Melting Pot and Thunder Disco club. This new addition will also be the home of the Prosecco Bar.

On day 2, international dance powerhouse Cocoon will take over two stages at the festival featuring what’s sure to be epic performances from the likes of Sven Väth, Ricardo Villalobos, Carl Craig, Magda, Nina Kraviz, POPOF as well as VJ Reach visuals and world class dancers, all set to bring that international party vibe to Glasgow for the first ever time.

For over 15 years Sven Väth’s Cocoon has represented one of the most successful ever party concepts and is responsible for a radical change in Ibiza’s nightlife. Cocoon at Amnesia Ibiza is a phenomenon, attracting an average of 80,000 visitors a year since 1999 and astonishingly, the numbers continue to grow. Since the COCOON party series started in 1996 the company has gained recognition in over 30 countries worldwide. The addition of Cocoon at The Riverside is incredibly exciting and one not to be missed.

A cultural asset for the city of Glasgow, The Tall Ship boasts outstanding views docked on the river. For the first time ever in 2015, the festival will open up the area that has in the past hosted its international DJs for a VIP hospitality service that is sure to blow the mind of all aboard. With special secluded DJ sets, a premium cash bar and exclusive views of the site and stage 2, VIP ticket holders will discover the festival in a unique way, really adding to the special experience that is the Riverside Festival. A 360 degree span on a typical summer’s day offers sunshine views of the city skyline, the incredible Riverside Museum and the gentle flow of Glasgow’s River Clyde.