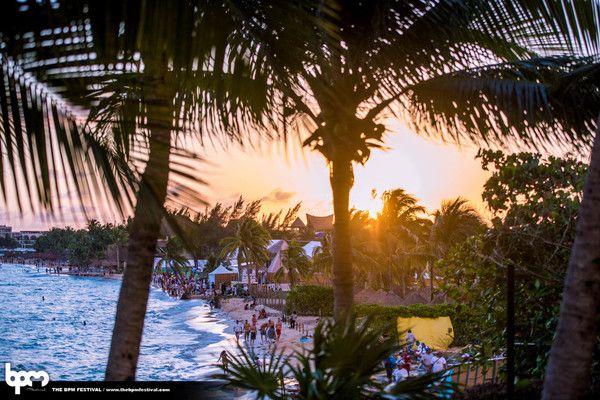 Winter is coming but anticipation is heating up as The BPM Festival gears up to celebrate their tenth anniversary celebration taking place January 6-15, 2017 in Playa del Carmen, Mexico. The festival is proud to announce the first ten showcases with globally respected music labels and iconic brands that have supported The BPM Festival throughout their journey and grown together over the years. Fans can look forward to celebrating in style with German collective Keinemusik, Hot Since 82’s Knee Deep In Sound, Marco Carola’s Music On, Nicole Moudaber presents MOOD, Jamie Jones’ Paradise, Guy Gerber’s RUMORS, Dubfire’s SCI+TEC, No.19 Music’s Social Experiment, Steve Lawler’s Warriors and over 70 more parties to be announced with over 400 artists.

Back for 2017, The BPM Festival’s signature event, YA’AH MUUL takes place both opening and closing weekends during the festival. YA’AH MUUL was introduced at BPM 2016 as the inaugural “festival within a festival” event in The Jungle and was one of the biggest parties to date in BPM history. Featuring stacked lineups across multiple stages and exceptional new experiences for the passionate music fans, festival-goers can expect a fresh new twist for 2017.

The tenth anniversary celebration promises to be the most sensational installment of the festival yet that has grown exponentially over the past decade from 5,000 attendees and 30 artists in 2008 to over 70,000 attendees and 430 artists in 2016. Hosting an ever-growing global gathering of like-minded music fans, DJs, producers, and industry professionals, the annual ten day music festival features day and night parties at various beachfront venues and nightclubs around Playa del Carmen, Mexico. The festival brings music aficionados together to escape winter and set the tone for the upcoming year with the biggest global DJ names and rising underground talent from the house and techno spheres while dancing in the sand by day and in the clubs by night, enjoying every aspect the Mayan Riviera has to offer.

The BPM Festival is excited to announce their new partnership with Eventbrite as the exclusive ticketing partner. Eventbrite is the world's largest self-service ticketing platform which uses the technology to allow people to create, share, find and attend new things to do that fuel their passions and enrich their lives. Processing over 4 million tickets a month, gives them the leading edge in technology and service while allowing them to fulfill their mission of bringing the world together through live experiences.

The BPM Festival’s travel portal is offering ten hot hotel deals for the tenth anniversary; book now as hotels are filling up fast! Attendees can also view their accommodation options from BPM’s Hand Picked Hotel series featuring a carefully selected list of Playa Del Carmen hotels in close proximity to the festival venues each with a unique discount codes for BPM guests. Click here for a complete list.

For more info, go to www.thebpmfestival.com.