The Cause announce Autumn schedule – Kenny Larkin, Derrick May, Levon Vincent plus more 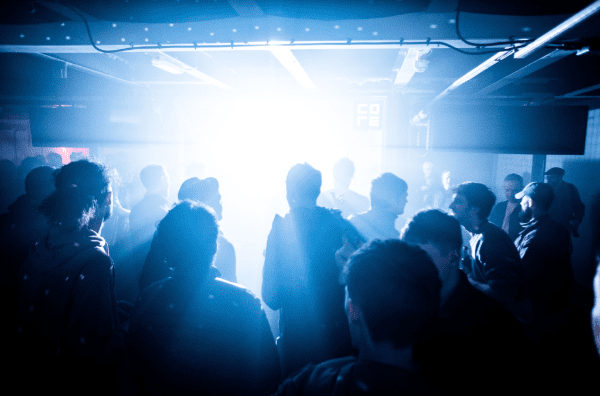 The Cause announce Autumn schedule – Kenny Larkin, Derrick May, Levon Vincent plus more

Making the most of the final summer days, The Cause will curate the fourth day and night ‘Block Party’ special on October 6th, featuring Detroit techno originator Kenny Larkin closing a 16 hour party spread across five soundsytems. Derrick May follows shortly after with a Halloween takeover. September welcomes Brawther, DJ Pierre (who’s set to play a rare acid house set), Robert James, Omar and Roman K (Closer, Kiev) going B2B with SecretSundaze's James Priestley plus Mr C’s Next Step Forward Festival. Among some of the many resident crews, The Cause will see parties from the mighty Adonis, Unbound and Thank You For Dancing plus sets from Levon Vincent, Boo Williams, DJ Haus, Skatebard, Tornado Wallace, K-Hand and Delano Smith to name a few.

Richard West AKA Mr C says “After bringing Release, Harmony, The Drop, Cyclone and Vapourspace to London in the 90s, then The End from 95-2008 plus Superfreq from 2002 – present, I'm delighted to be able to work with The Cause, Grow & FOLD to bring to London it's very first electronic festival with its primary focus on London collectives and talent”

A series of parties have been programmed featuring some of Detroit and Chicago's heritage selectors. The innovator of techno, Derrick May headlines the 'American Horror Story' party alongside one of Chicago's most eclectic selectors Mark Grusane. Uniting both Grow Tottenham and The Cause, the halloween edition will see a mammoth five room labyrinth take shape.

October 6th, The Cause invites original Detroit techno icon Kenny Larkin for a very rare UK appearance. From 1990, Kenny’s music has been released by some of the most influential techno labels of all time. Kenny's first two 12-inches, ‘We Shall Overcome’ and ‘Integration’, were issued by Richie Hawtin and John Acquaviva’s Plus-8 label with numerous releases following on Warp Records, Transmat, R&S, Planet E, Peacefrog, Rush Hour and Kevin Saunderson’s KMS label.

Some say Adonis is the UK's answer to Berghain, a packed out full on homo-rave that NYC Downlow and Block9's creator Gideon is fully behind. The likes of Hannah Holland, Andy Blake, celebrity drag queen Jonny Woo and many more perform across September 29th and November 3rd.

Unbound are bringing live sets from both Radioactive Man and Neil Landstrumm on September 8th, whilst exceptional selector Geddes curates a new bi monthly residency with ‘Thank You For Dancing’. A line-up focused on killer, all thrills music, with it’s launch party centered around Levon Vincent on October 5th.

The Cause, London's temporary dance space has already featured Ellen Allien, BINH, Mike Servito, Octo Octa, Subb-An, Adam Shelton and more since opening its doors this summer. The ever expanding venue, set in a former ex-car mechanics depot has since opened up multiple indoor and outdoor dancefloors across its vast site, with its legendary 16 hour 'Block Party' events.

The Cause is set for demolition towards the end of 2019.