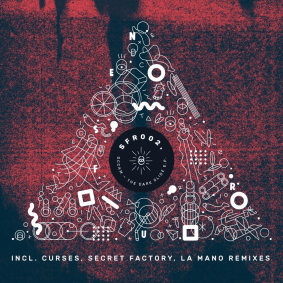 Legendary Hungarian party promoters Secret Factory invite Occam to take care of the second release on their fledgling Secret Fusion label. It comes bolstered with remixes by the label bosses themselves as well as Curses and La Mano.

Occam is a life-long drummer who has been in various bands and involved with making plenty of albums. He has played clubs and festivals from the UK to Russia and has been part of BBE artist DJ Bootsie’s live act for more than a decade. From hip hop to techno to ambient to Latin, he can do it all and all with his own unique sense of rhythm.

His compelling original here is ‘The Dark Slide,’ a driving bit of late night dark disco that comes with colourful melodies. A bold lead synth line goes ever higher while elastic drums get your body moving. It’s a track to step things up in the middle of the set and will do so with real style.

Berlin based New Yorker Curses is known for blending rock & roll with the darker side of disco, his own ghostly vocals and guitar with flashes of EBM and post punk. Here he layers in edgy chords and prickly drums that are driven by slapping hits. It’s raw and energetic with subtle 80s vibes that make it all the more standout. Secret Factory are pioneers of the underground in their native Hungary and can play at any point in the night thanks to their well-informed sound and vast array of experiences. Their remix is a gloriously cosmic one that surges on rugged bass and expansive chords and flies you through the cosmos. Last of all is La Mano, an Anglo-Italian who mixes up Italo disco with 90s house and prog to great effect. His deeper version is a haunting one filled with suspense and pensive celestial melodies that will light up the darkest of dance floors.

This is a modern disco package that offers four fantastically timeless cuts.