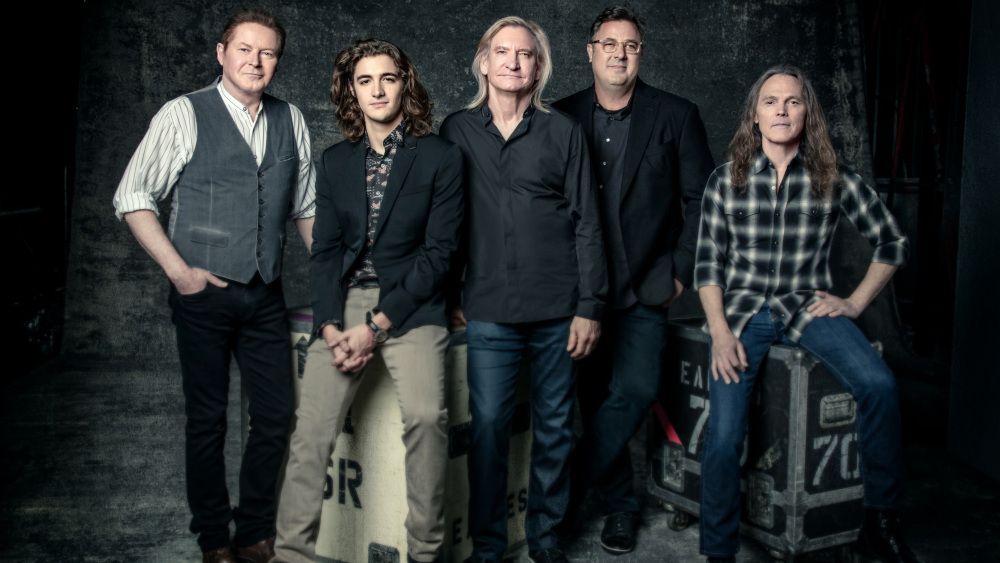 The Eagles are an American rock band which has been active since they were formed back in 1971. Their current members are Don Henley, one of the group’s founders, Joe Walsh and Timothy B. Schmit. The Eagles’ biggest and most popular tracks include Hotel California, Desperado and Take It Easy, but it’s their albums where the real success lies, with their Greatest Hits 1971-1975 now the best-selling album of all time.

Michael Jackson’s ‘Thriller’ had been in top spot for a number of years, with the late American’s album being 33x platinum, but The Eagles’ Greatest Hits 1971-1975 is now certified 38x platinum, which means when sales and streams of the album have been combined, they have reached a staggering 38 million copies. It’s a remarkable achievement for the band who released the album over 40 years ago back in 1976. This is really some feat and cements the fact that music is undeniably an intrinsic part of all aspects of our lives. This can be seen by some collecting classic vinyl records to music inspiring the latest slot games.

The news was confirmed by the Recording Industry Association of America and they also stated that the Eagles’ 1977 release, Hotel California, has reach 26x platinum status, making it the third bestselling album in music industry. So, as things stand, The Eagles are responsible for creating two of the top three selling albums of all time, with Michael Jackson’s ‘Thriller’ sandwiched in between.

It’s the first time since 2006 that the RIAA have investigated and tallied up the sales for the Eagles’ greatest hits album, with it being 29x platinum 12 years ago. Since then it has managed to sell a further 9 million copies, and this is the reason it has moonwalked into top spot, knocking ‘Thriller’ off its perch, with the latter’s figures being checked by the RIAA just last year.

After the news was announced of the Eagles’ album now being the biggest selling of all time, founding member and singer Don Henley said, “We are grateful for our families, our management, our crew, the people at radio and, most of all, the loyal fans who have stuck with us through the ups and downs of 46 years. It's been quite a ride.”

Previously, to obtain platinum status with the RIAA, it meant that one million songs or albums had to be sold. With the birth of streaming platforms such as Spotify, Whitestone, Deezer and Mixcloud, as well as other services such as YouTube, the RIAA decided to incorporate these into their system too. Ten song downloads are now seen as equal to a single album sale, while 1,500 streams are also the equivalent of an album sale.

So, this ultimately means that it’s perhaps the newer generation and those who are using platforms such as Spotify and digital download services that are responsible for driving The Eagles into both first and third place in the sales charts where albums are concerned. This will certainly be music to the ears of many other artists out there, especially those who have their music out there in the online world.