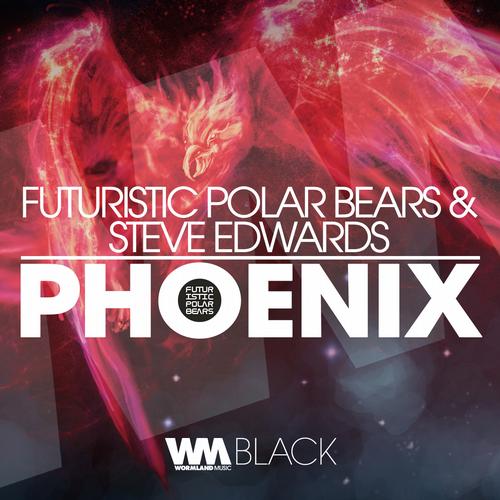 With paws in seemingly every pie, the Futuristic Polar Bears have been consistently delivering huge, quality productions throughout 2013.  Fresh off the back of their last release, Polarize, and still reeling from the devastation caused when they unleashed the Thundergod with Radio 1’s Danny Howard, this time round they’ve teamed up with the one and only Steve Edwards to deliver yet another slice of Arctic audio delight in the form of ‘Phoenix’.

If you’re not familiar with Steve Edwards then you need to read up on your history of house music.  A hugely influential artist and having already collaborated with and provided the vocals for some of house music’s finest tracks including Axwell’s “Watch The Sunrise” and Bob Sinclair’s “World, Hold On”, it seems only logical that the next stop would be the Polar Bear lair.  Like its namesake, Phoenix is an uplifting house track that’ll be setting dancefloors on fire all over the globe, and with the Futuristic Polar Bears’ uncanny ability to find order in chaos, there’s no doubt that we’ll continue to see this Phoenix rise from the ashes each and every time.