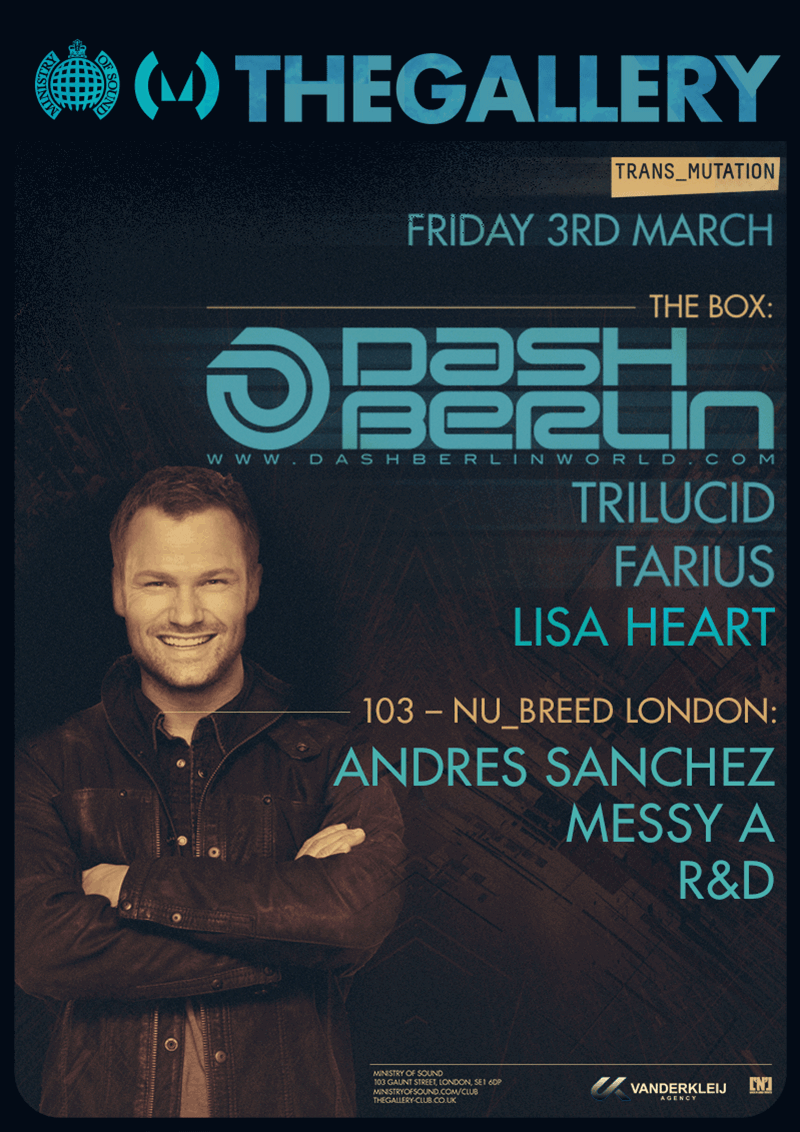 Dash Berlin is back for an inaugural show of 2017. So here’s wishing all ‘Dashers’ a very Happy New Year, the name by which this loyal army of fans is affectionately known – and who always create mass carnage as a backdrop to those inventive ‘Dash Up’ remixes and emotive vocal anthems. Expect this particular outing to feature tonnes of new music, as Dash tests out productions freshly mastered from the studio and saved especially for ‘The Box’ main room. Due to its colossal sound system and open minded Gallery crowd, there is no better venue worldwide to witness Dash Berlin in his element.