THE HUMAN LEAGUE JOIN T IN THE PARK 2014 BILL 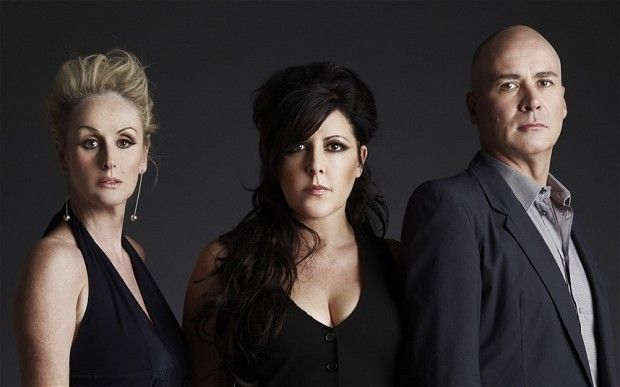 THE HUMAN LEAGUE JOIN T IN THE PARK 2014 BILL

Electro pioneers The Human League are Balado-bound this July to make their T in the Park debut on Saturday 12th July, festival organisers DF Concerts and founding partner Tennent’s Lager are delighted to announce. The band join a hugely diverse bill, which will see headliners Biffy Clyro, Calvin Harris, Arctic Monkeys, plus Paolo Nutini, Pharrell Williams and loads more play to an 85,000-strong daily crowd in the fields of Balado this summer over 11th – 13th July.

Cited as an influence by everyone from Lady Gaga to Pet Shop Boys, The Human League are highly revered for their genre-defining synth-bass riffs and riveting electronic pulse-beats. The legendary Sheffield trio were famously described by David Bowie in 1979 as “the sound of the future”. Their no.1 classic hit Don’t You Want Me is the 23rd biggest selling single of all time in the UK, and is currently sitting at no.9 in the iTunes Singles Chart after it featured prominently in the Scottish League Cup Final celebrations at the weekend. In March 2011, they released Credo, their 9th studio album – a brilliant distillation of pop, glamour and electro beats, proving their sound is as timeless as ever.

The band said: “The Human League are thrilled to be playing T in the Park this summer, it has been a long held ambition of ours to play at this iconic festival and we were delighted to be asked to be part of such a diverse and exciting bill. See you all soon.”

Festival Director Geoff Ellis said: “The Human League are a seminal group, with an incredible back catalogue of classic hits. Their hugely influential sound has paved the way for countless artists, including many which have played T in the Park over the years. I’m sure they’ll be a huge hit with the Balado crowd this summer. We can’t wait to see them play the festival for the first time.”