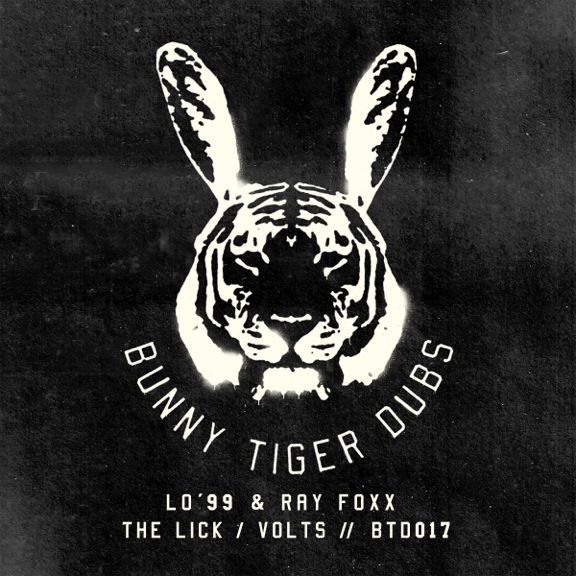 LO'99 and Ray Fox kick-start 2016 by delivering an addictive 2 track EP on Sharam Jey's Bunny Tiger Dubs imprint. The gents have spawned two jacking, upfront club jams, ones that shouldn't go amiss on any clued up dancefloor. The Lick, driven by it's chunky bassline synth alongside sharp high-hats and somewhat melancholic breaks, aims to throw you back in over and over again with it's absorbing groove – complimented by Volts, which still maintains that atmospheric breakdown before you're hooked into it's equally beefy yet hypnotic bassline, not to mention it's pumping four to the floor beats.

Discovered through his debut single, 'Take Me Back' which reached #5 in the UK and #3 in the Australian club charts, Australia's LO'99 now seems to be the name on everybody's lips – with support from the 'who's who' of tastemakers and remixes for Kaskade, Royksopp, CRNKN, Riddim Commission and very soon, Moby, it's not hard to guess why! 2016 has only just begun and the Aussie native has collaborations on the way with Taiki Nulight, Cause & Affect and a new LO'99 EP just around the corner – watch this space!

London based Ray Foxx has a backlog of glowing credits to his name with two classic releases under his belt, including 'The Trumpeter' (2011), later known as 'La Musica' (Defected) featuring Lovelle on vocals and 'Boom Boom (Heartbeat)' which stayed in the UK top 20 for 4 weeks. As well as Radio One support from Annie Mac, Pete Tong, Mistajam, DJ Target, B-Traits and Danny Howard (the list goes on), Ray has had guest residency's on both Kiss FM and 1Xtra where he provided the 'Daily Dose Mix' for Mistajam. This year collaborations are in the pipeline with Kokiri, S.Chu, Dephlex and Man Without A Clue, plus the launch of his new label, 'Foxx Head Music', with it's debut release coming very soon!

Gracing dance floors across the globe, 'The Lick/Volts' will be out 8th February via Bunny Tiger!