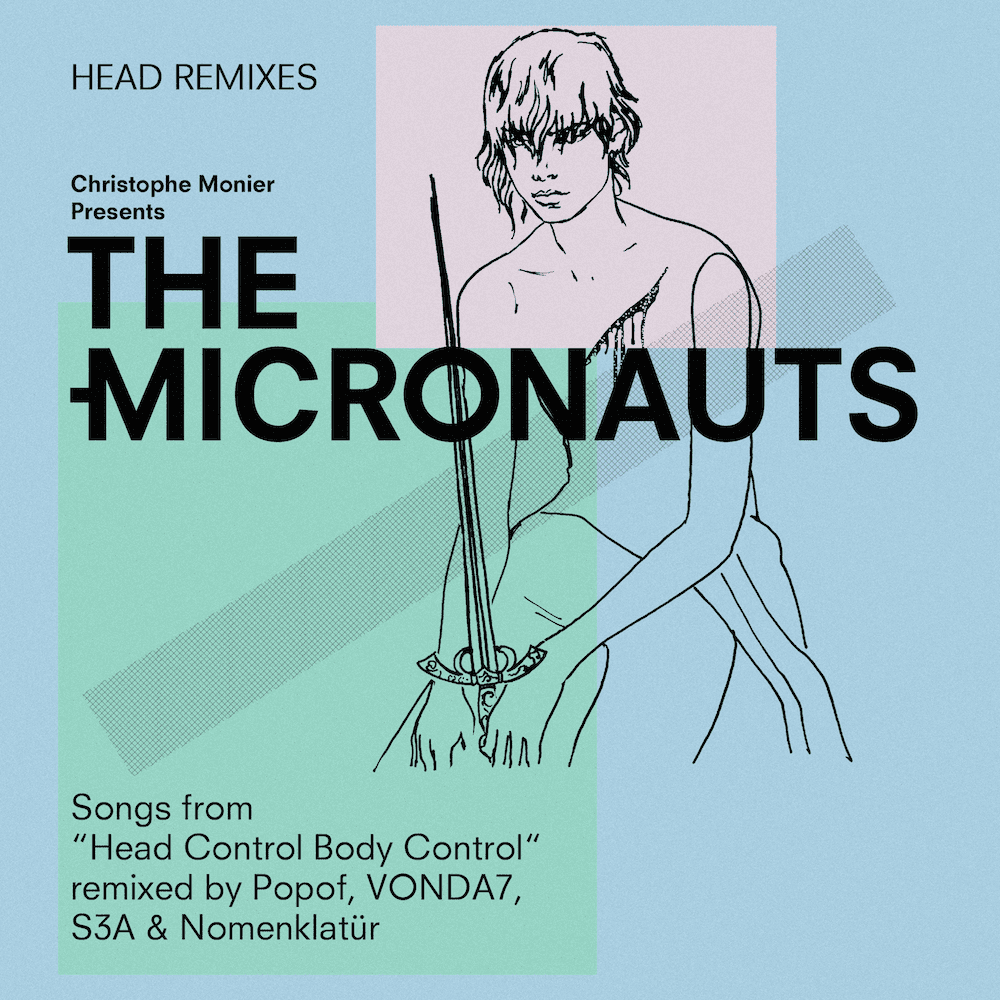 Last year he released Head Control Body Control. The Micronauts’ third album, and the first for more than a decade since 2007’s Damaging Consent, it ranged from leftfield techno and acid to house, bass, electronica and indie dance. An extraordinarily rich and diverse record; Head Control Body Control revealed fresh nuances and sonic delights with every visit, and was a truly joyous and revelatory listen from start to finish.

Head Remixes opens with a remix from Popof, one of the most widely recognised names within the house and techno world. Cérémonie moves along an astral plane with its rumbling, trance-inducing bassline. Next in line is Share, a remix by Polish born, Berlin-based VONDA7. Incorporating elements of garage and progressive house with a lively drum beat and constant but meandering layered synths.

French house producer S3A’s reinterpretation of Le Grand Soir is an unapologetic, classically funky disco edit, while completing the EP is a remix by stalwarts of the French underground techno scene, Nomenklatür. Their version of Dirt is an electrifying combination of electro and synth-wave, forming a futuristic track that also nods to the past: MS-DOS as re-imagined for 2019.

Each track on the Head Remixes EP is unique, with all the artists involved delivering intensely creative and personal versions, beautifully complementing The Micronauts’ original vision.