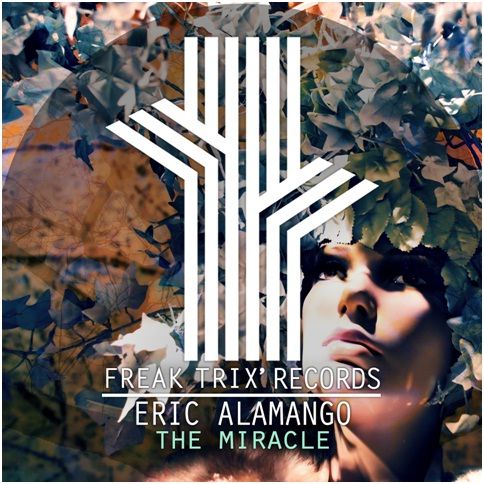 After giving up a career in Architecture, rising talent Eric Alamango is currently putting his name behind some notable projects. Hailing from Cyprus and now based in the UK, the industrious DJ and producer has been the mastermind behind top-notch projects like: ‘No Goodbyes Remix’, ‘Blessed With Love’ and ‘3 Points’ and he is now following up with another wonder by the name of ‘The Miracle’, which has hit the shelves on 9th of November, 2015.

Having spent some time working on numerous ghost productions, Eric Alamango is now back to continue his ascension as a solo artist. His remarkable works have been noticed by world renowned labels like: Captured Music and Freak Trix and his list of supporters is rapidly piling up A-list names such as: Roger Shah, Benny Benassi, Mike Shiver and Judge Jules to name just a few.

‘The Miracle’ kicks off with a solid four-on-the-floor kick pattern and subtle bass-line, which quickly transcend into an infectious groove and showcases the first glimpses of melodic wonders with a mesmerising synth arrangement. The track heads into a breakdown, whilst establishing a dreamy vocal-effect led tract, enhanced with a powerful synth accompaniment. The production changes its vibe and introduces a subby drop, boasting deep bass-lines and memorable melodies, before pulling energy levels back once more. The vocals are placed into the spotlight again, whilst the instrumentals provide the necessary push towards another smartly planned breakdown. Eric Alamango devises a final, much awaited string of choruses which lead the single towards a stylish, mellower ending.

Eric Alamango’s latest banger ‘The Miracle’ is now part of Freak Trix Record’s growing catalogue. Established in 2013, Freak Trix Records is an eclectic label dabbling into a diverse range of styles, including: Electro, Progressive House, House, Deep House, Tech House, Bass Music and Electronica and boasts some incredible support from international heavyweight spinners. Eric Alamango is now part of the Freak Trix family amongst other stellar artists like: Subk0de, Born Freak, Vykos, Heat Maxwell, FranKho, Reatch, Mod3sto, Bass Farmers and many others. Eric Alamango’s ‘The Miracle’ is certainly an outstanding addition to Freak Trix Records’ rich musical capital and there will surely be much more yet to come from this fruitful collaboration.