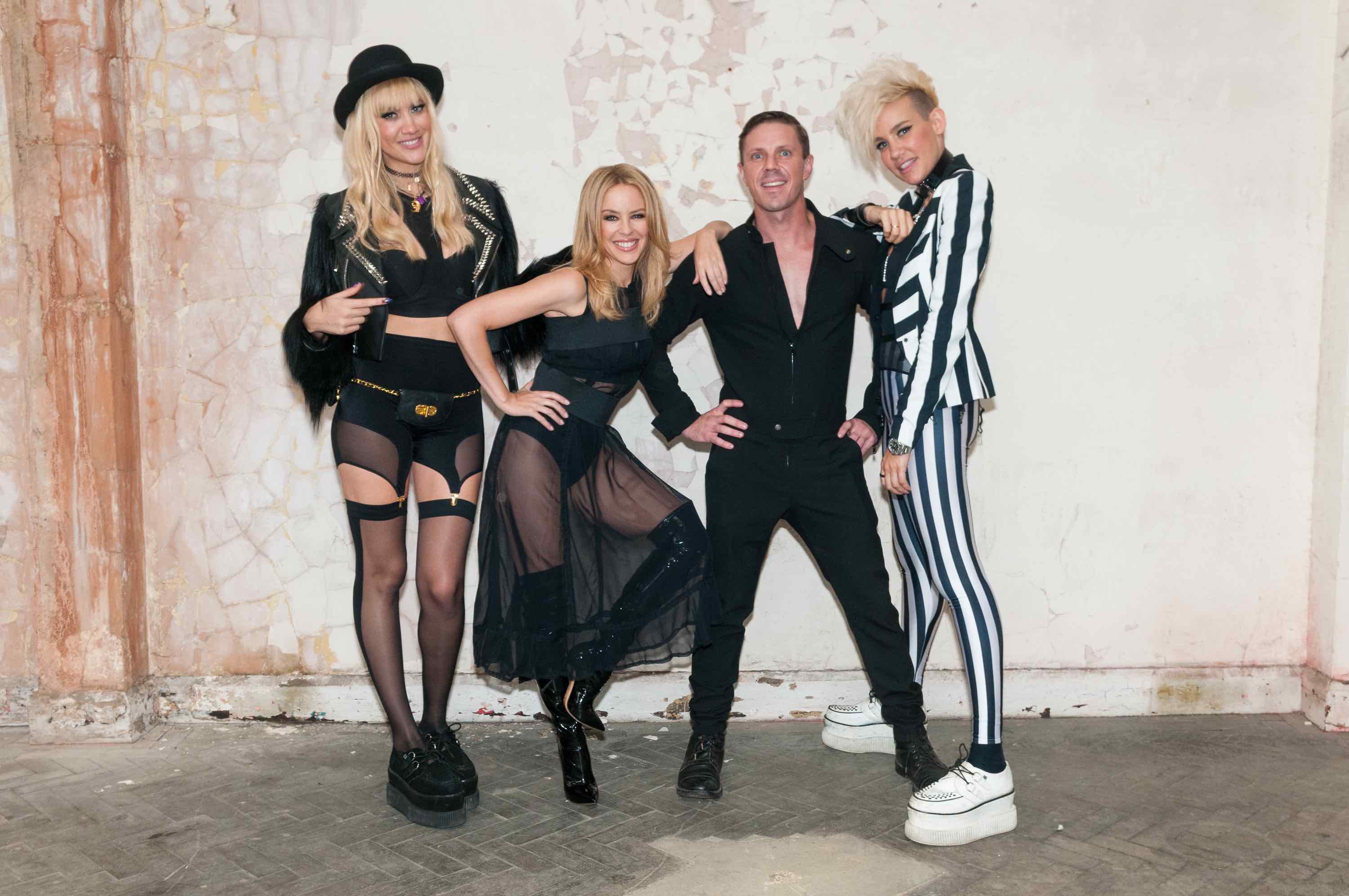 Following on from their successful debut artist album ‘Collateral’, NERVO have revealed the star studded video for one of the album’s stand out tracks, ‘The Other Boys’ featuring pop royalty Kylie Minogue and Jake Shears (Scissor Sisters) alongside NERVO and the legendary Nile Rodgers of Chic fame.

The fun and frolics on display in the video perfectly match the disco soundtrack, with all the artist featuring prominently. Flanked by scantily clad dancers; Mim, Liv, Jake and Kylie sing along to the tracks anthemic hook whilst Nile’s guitar solos are transmitted from the inside of a disco ball – coming together to create a slick piece complete with special effects and comedy moments.

About NERVO
From songwriters to artists and super-fans to superstars, electronic dance music’s first sisters – Mim and Liv Nervo of NERVO – have staged a miraculous climb onto the international stage, straight from the pit in front of it. Having recently released their debut album, ‘Collateral’, featuring the likes of Nile Rodgers, Kylie Minogue and Afrojack; they are set to continue their rise to prominence as multi-talented songwriters, producers and DJs.