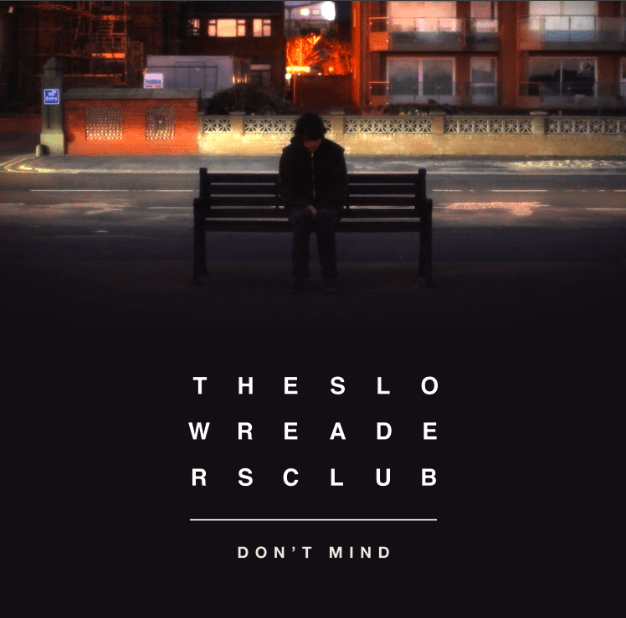 Following the success of their most recent single ‘Start Again’, Manchester based Indie/electro band The Slow Readers Club are back with ‘Don’t Mind’, a beautifully introspective ballad that details the end of a relationship.

As singer Aaron Starkie explains “Lyrically the song concerns the limbo period that can be experienced at the end of a relationship. One of you has already called it a day and the other hasn’t let go; it’s in a half dead state. One of our favourite songs is ‘I Know It’s Over’ by The Smiths which has a similar theme, that was probably an influence.

It started with the keyboard riff, and vocal, the melody came in one go from start to finish, that rarely happens but often the best songs are those that come so easily.

We kept the song sparse and musically intimate. It took a long time to write the lyrics, I was still working on them in the recording studio!  The chorus came to me in the studio reception ‘I stood outside your mothers house I watched you from afar, I found it hard to breathe. A solitary figure standing lonely in the dark, I’ll always be’.  It felt like I had found the heart of the song.”

The upcoming video for ‘Don’t Mind’ illustrates the theme of the song perfectly with Steve Coogan’s niece Mary Joanna Coogan, herself the vocalist with Mary Joanna & The Southern Electrikk, playing a young woman ending a relationship with her heartbroken boyfriend, played by Stephen Evans (ex Twisted Wheel).

2014 has seen The Slow Readers Club continue to build a loyal fan base with Peter Hook describing them as his new favourite band in a recent NME New Music Special and Steve Lamacq and Chris Hawkins featuring their last single ‘Start Again’ on their BBC 6 Music shows.