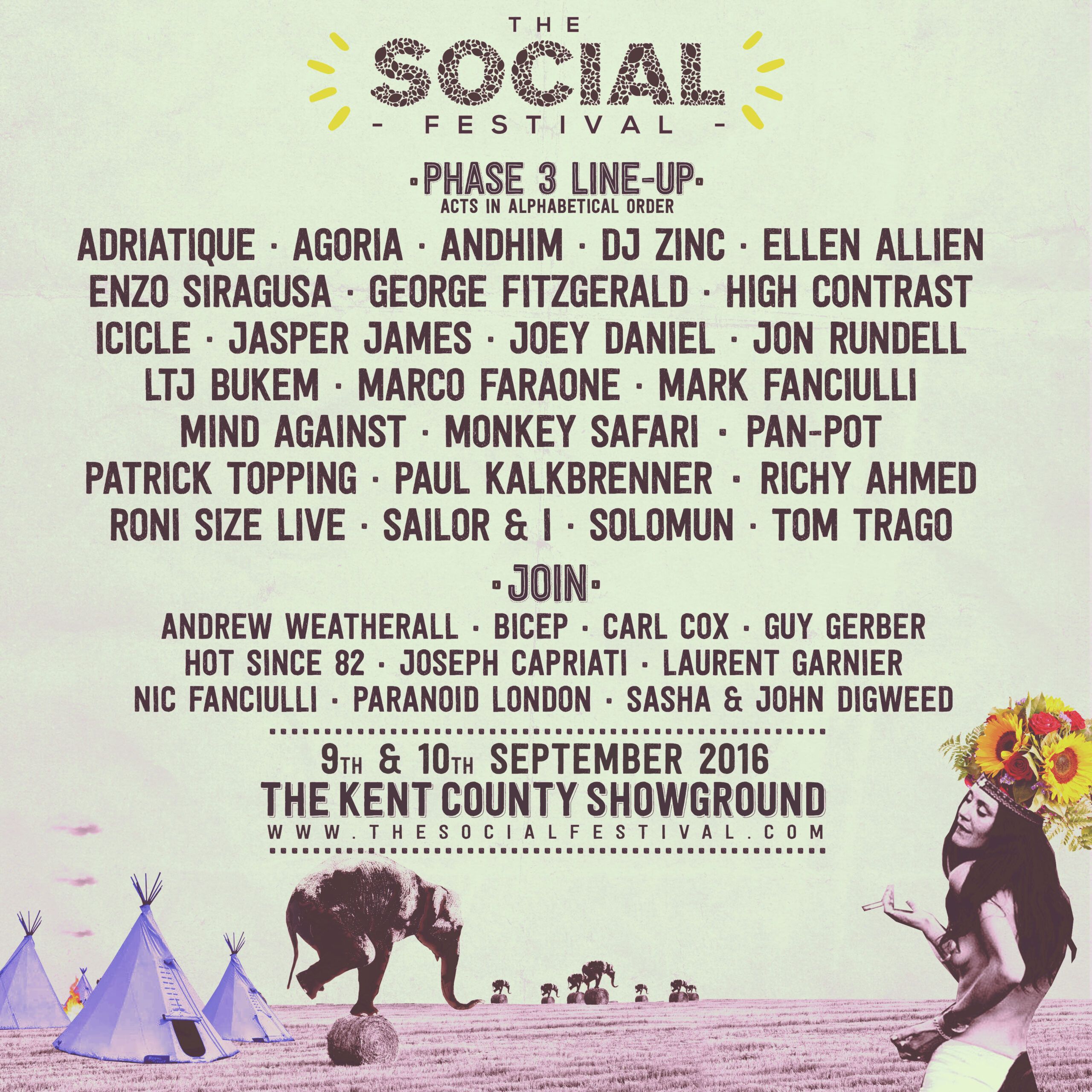 The third instalment of The Social Festival’s ever impressive lineup has landed, and it does not disappoint! Reading like a who’s who of A-list DJ’s, The Social have already revealed a staggering lineup including Andrew Weatherall, Bicep, Carl Cox, Guy Gerber, Hot Since 82, Joseph Capriati, Laurent Garnier, Nic Fanciulli, Paranoid London and Sasha & John Digweed, and their third phase is no different.

More information is set to follow in June, completing what looks to be The Social Festival’s biggest lineup yet.

LINE UP SO FAR