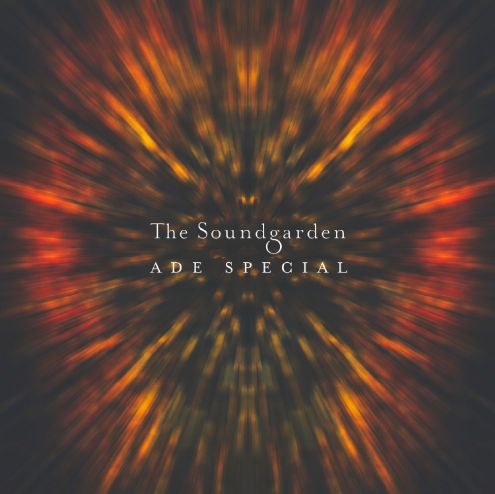 Giving a platform to emerging artists has long been a goal of NickWarren’s. The legendary DJ and producer has been championing new music for decades, and now he’s brought together eight of the planet’s finest emerging producers for The Soundgarden’sinaugural eight-trackADE Special.

In the words of the man himself, “these are some of the secret weapons that have been rocking my sets over the past few months, squarely aimed at the dancefloor and for your dancing pleasure”, and here among the more established artists are some of the finest of the new school of producers who are bringing new life and vitality to the Progressive House and Melodic Techno scenes.

First up is Argentinian EmiGalvan, who applies the knowledge he’s attained through years of studio craft to create a richly musical summery soundscape – and one that’s full of hope and low-end thrust – in the form of the groovy ‘Synchronicity’. Next up is the stark and distilled imaginings of Verlk, using a vocal sample in ‘Alias’ to great effect to create a mesmerising theme tune to a film that was never made.

Frankie Mburst onto the scene in 2015 and now finds himself signed to the likes of Superordinate, Massive Harmony and Balkan Connection SA; and, if ‘Otro Mundo’ is anything to go by, he has the potential to become one of the greats. Julian Natesis another emerging talent making his debut on The Soundgarden. ‘Seven Ways’ is a smooth, well imagined, and wild ride into the peak time hours – this is a guy on the up.

Argentinian supremo Manu Fadds to his already impressive back catalogue with the dreamy ‘Digital Kiss’, while fellow countryman Memory(ARG) (hot from his Sudbeat appearance) reminds us why he’s currently such an in-demand producer with the bumpy Eastern promise of ‘Borderline’.

Next up, JJSalinastakes us on a jazzy ride, and one that’s filled with bubbling synths and catchy hooks, with his brand-new track ‘X23’. To complete this ADE Special, the Polish DJ and producer otherwise known as Tuxedounleashes his alter ego, Fluente. ‘Lasting Generation’is emotive, utterly hypnotic and perfect for any time of night.

It’s an impressively varied package, and one that’s been carefully curated to highlight the very best of the Progressive House and Melodic Techno scenes from every corner of the globe. No matter what your tastes may be, there’s guaranteed to be something for you on The Soundgarden’s ADE Special.

If the sound of their ADE Special is getting you excited, then you’re in luck: The Soundgarden is hosting two special showcases at this year’s Amsterdam Dance Event. The first, a collaboration with Flying Circus and Sudbeat – and featuring the likes of Hernan Cattaneo, Audiofly, Nicolas Rada, Tripswitchand Interaxxis – takes place at Thuishaven on Thursday 18 October, and is set to serve as the perfect start to what promises to be a jam-packed weekend of quality electronic music.

Then, as soon as the curtain has fallen on their epic Thuishaven show, Nick Warren and Hernan Cattaneo’s attention will turn to Friday 19 October and The Soundgarden x Sudbeat Boat Party, which will be an all-day affair featuring a special back-to-back set from the two electronic music titans themselves.

The Soundgarden’s ADE Special will be released available exclusively via Beatport on 12 October 2018.