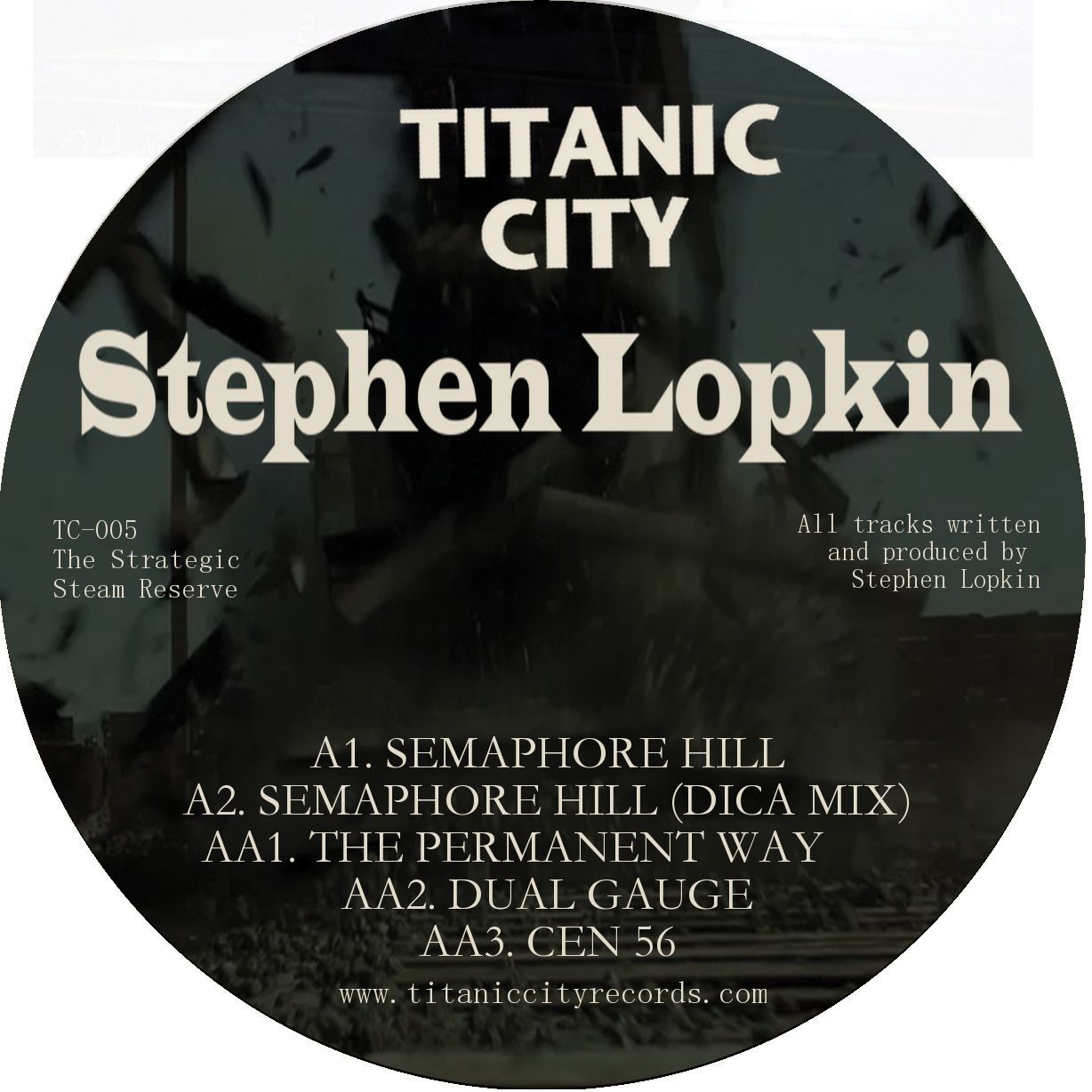 Titanic City is on a mission to put its hometown of Belfast on the electronic music map. It has done a fine job so far with its first few impressive releases and now does so again with a new EP from Scotsman Stephen Lopkin.

Stephen is a fine talent and has really turned heads over the last couple of years with releases on top outlets like M>O>S, Bokhari Records and RAW Tools. He has a sound indebted to classic Chicago and Detroit producers but adds his own special twist and does so here across five fantastic cuts.

The succulent ‘Semaphore Hill’ is a misty eyed and nostalgic deep house cut with tumbling toms and pinging drums that expose Lopkin’s love of hardware sounds. Tender and emotive, it has crisp hi hats and twinkling melodies that have you gazing off into the future. An excellent Dica mix subtly tweaks the original and layers in a nice acid line as well as more reflective and pixel thin synths for extra spine tingling effect.

Next up we have ‘The Permanent Way’, a more direct cut with harder hitting drums, rueful long titled pads stretching off to the horizon and a very real deep space feel that takes you to another world. Flipping the script once again, ‘Dual Gauge’ is an increasingly manic bit of beatless ambience that finds lush and angelic pads slowly but surely consumed by a slithering and withering modular synth line that is loveably abstract. Eventually it fades away back to the original pads and you are left in a perfectly peaceful state. Closing out an intergalactic EP is the deep and cosmic, magically melodic and musical ‘CEN 56’, with its soft paddy drums and hazy house vibes.

This is cinematic and widescreen music for those who like their tracks to be classically inclined and romantic as well as supple and groove driven.