Miguel Campbell - The Things I Tell You / Can’t Buy This 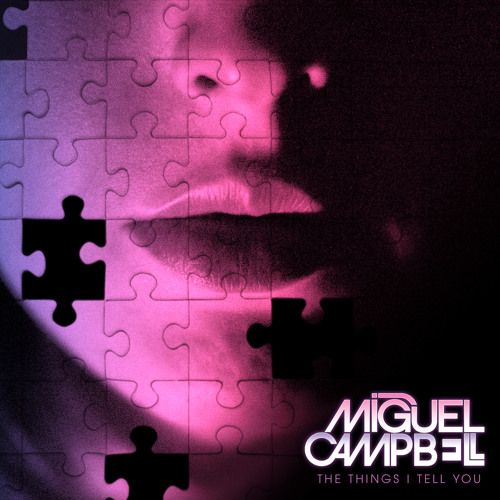 Miguel Campbell - The Things I Tell You / Can’t Buy This

Off the back of dropping his latest EP The Things I Tell You via Australian label NEON Records, legendary house producer Miguel Campbell has unveiled a 12-date Australasia tour. Taking place throughout March and April, the tour starts in Auckland, New Zealand, on 9th March. The run of dates follow Miguel’s recent performance alongside Huxley at London’s 93 Feet East launch party.

With a career spanning over two decades, Miguel Campbell has been making his mark on the house scene since the early 90s. Playing alongside Steve Lawler, KiNK and Kölsch among many others, Miguel has headlined some of the world’s biggest parties and ended 2016 with a tour around Australia and Fiji following his hugely successful club mix of Janet Jackson’s ‘DAMN BABY’.

Fast forward to the modern day and Miguel's relentless march continues, working on more music including recent remixes for Basement Jaxx & RÜFÜS, as well as enjoying a hectic touring schedule that has seen the veteran tour Mexico twice, as well as performing in Ecuador as part of his South America tour, in addition to a set at UK’s We Are FSTVL last summer.

Having enjoyed a fruitful double-decade career, the Leeds-born producer has enjoyed an accolade of releases on prolific labels including No. 19 Music, Soul Clap’s Wolf + Lamb and most notably, Hot Creations, through which he showcased the timeless ‘Something Special’.

Miguel’s Australasia tour will see the producer play various dates across Bali, Perth, Melbourne, Syndey and many more, ending the tour in Byron on 2nd April. Tickets for the tour can be purchased here.