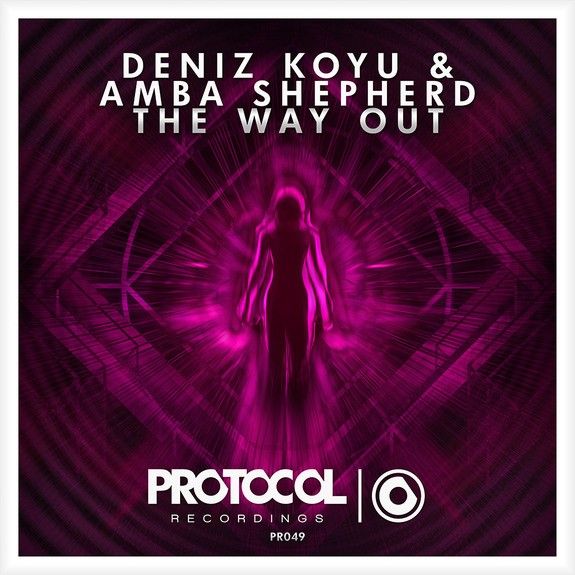 Deniz Koyu brings yet again another hit to the scene with his brand new progressive track, “The Way Out”, alongside Australian vocalist, Amba Shepherd. Since Nicky Romero debuted the tune at Ultra Music Festival, fans have been waiting in antsy anticipation for its release and today, Protocol Recordings will give the fans what they’ve been craving for.

With atmospheric synths, a remarkable melody and stunning vocals, this jam is already on its way to being a staple in mainstage sets. Deniz’s signature bassline puts a unique spin on the track, helping elevate the record up to a breathtaking drop that leaves the listener in euphoria. This is the second release from Deniz Koyu on Protocol Recordings, and Amba Shepherd, debuts her first feature on the label with her chilling performance on “The Way Out”.

As Protocol Recordings continue to be an impeccable launching platform for both up and coming and seasoned artists, Deniz Koyu & Amba Sheperd have joined the perfect team to curate this absolute anthem just in time to close out the summer festival season. With much more to come from the studio to the stage, “The Way Out” proves to be an ethereal and earthshaking checkpoint in the marathon of Deniz Koyu’s career.