THIS IS Live with David Zowie/Secaina 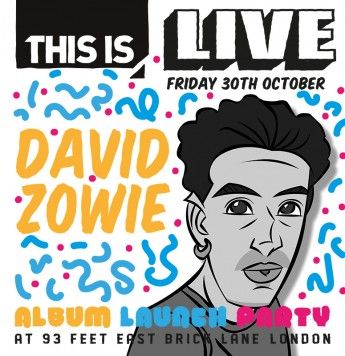 THIS IS Live with David Zowie/Secaina

David Zowie, producer of this summer’s Number 1 smash ‘House Every Weekend’ and 2015 breakout star Secaina Hudson will perform at THIS IS Live – a FREE party taking place at, recently re-opened, 93 Feet East on Brick Lane, East London on 30th October.

Both will join, a yet-to-be-announced MASSIVE SPECIAL GUEST HEADLINER who is never normally seen in such an intimate venue, but has scored two No 1s as well as other charted dance bangers. Together this line-up is guaranteed to set your Hallowe’en weekend off with a bang.

THIS IS Live is the official launch party for the THIS IS Dance 2016 Album. Released on the same day, the double-album features an essential collection of the biggest dance tracks of the last 12 months including tracks from David Zowie & Secaina.

The first batch of free tickets have already been snapped up but a second batch is now available via http://www.Thisisofficial.com/THISISLiveNote: The event if for anyone 18 and over & everyone must provide I.D on the entry.

This October event represents the first edition in a series of events planned to take place across London featuring THIS IS favourite artists.

THIS IS is a collective of dance music fanatics curating the hottest dance tracks into the UK’s biggest playlists and compilation albums.

With THIS IS Dance Floor and THIS IS House among the fastest growing and most followed playlists on Spotify, it couldn’t be a better time to launch THIS IS Live.