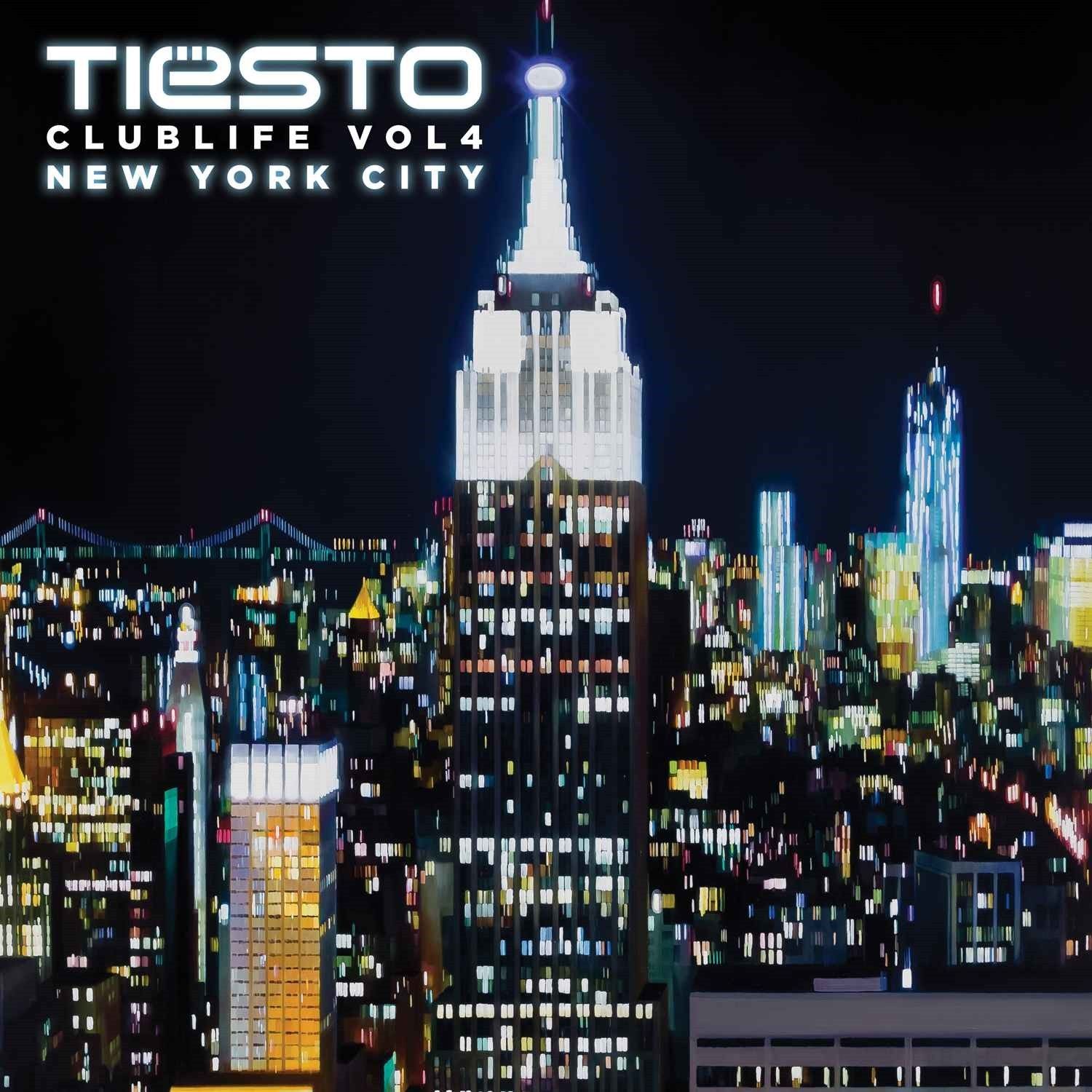 The fourth installment in Tiësto’s exciting CLUBLIFE series is inspired by New York – one of the world’s greatest cities and a place instrumental to the development of dance music culture as we know it.

“I launched my Clublife series with the idea of creating a mix album inspired by cities that love dance music. The series started with Las Vegas, the home of my Hakkasan residency, and then followed with volumes inspired by Miami and Stockholm. Now, it’s time to show respect to the city that never sleeps – New York.  This is a very special city for so many reasons and it’s true that whatever you desire is at your fingertips – great culture, fashion, food, and entertainment. New York City has been home to some of the biggest moments in dance music. From the days of Studio 54 and Paradise Garage to the Limelight, Tunnel and Twilo, and now with Marquee, Lavo, Pacha, Space and Provocateur,  New York City has always been at the center of whatever’s happening in dance music. The current club scene is thriving and on any given night there’s a world class DJ in town. It’s hard not to be inspired by this great city and I’m happy to dedicate the latest installment in my CLUBLIFE series to the place where the lights shine brightest,” Tiësto says.

Tiesto’s own original productions, edits and remixes are a staple of all CLUBLIFE compilations, and those are driving force behind this instalment. Included here are brand new Tiësto songs “Butterflies” and “Change Your World”, Tiësto & The Disco Fries “Chant ” and Tiësto & Dallas K “Show Me”, edits including Bobby Puma “Someone Somewhere (Tiësto Edit)”, Wee-O “Fighting For feat. Morgan Karr (Tiësto Edit)”, Firebeatz “Sky High (Tiësto Edit)” and MOTi “House Of Now (Tiësto Edit)” and the exclusive Tiesto vs Twoloud remix of Dotan’s “Home”

CLUBLIFE – Volume Four New York also showcases some of Tiësto’s current favorite tracks as well as emerging talent from his Musical Freedom label.  Exclusives include “Lucid” from Miami’s A&G and “Alpha” by local New York area DJ/producers Zaxx vs. Riggi & Piros. These tracks are paired with recent Musical Freedom hits from MOTI, Dzeko & Torres and Alvaro & Jetfire. Rounding out the mix album are two of dance music’s current smashes – Tiësto & KSHMR “Secrets ” and Martin Garrix & Tiësto “The Only Way Is Up ” – both of which rocketed straight to number one on the Beatport Main Chart.

Tiësto will be supporting the album throughout the spring and summer months with live dates across the world.

ABOUT TIËSTO
Tiësto is a worldwide superstar who was voted “The Greatest DJ of All Time” by Mixmag and the “#1″ DJ by Rolling Stone. He opened the 2004 Athens Olympic Games and has headlined festivals around the globe including Ultra Music Festival, Stereosonic, Coachella, Tomorrowland/TomorrowWorld and Electric Daisy Carnival; and has a storied residency at Hakkasan Las Vegas Restaurant and Nightclub and Wet Republic pool at MGM Grand Hotel & Casino. Artists ranging from Kanye West and Coldplay to Katy Perry, John Legend and Sam Smith have personally tapped him for high- profile remixes, while Guess, AKG and Audiofly have collaborated with him on a fashion line and headphone brands, respectively. His 2014 album A Town Called Paradise yielded his first two gold singles in the U.S. with the singles—”Wasted” [featuring Matthew Koma] and “Red Lights”—while a medley from the album also soundtracks a presentation at the Bellagio fountain in Las Vegas, a first for a dance music artist. With Sirius XM, he launched the “CLUBLIFE” channel (the only dance music artist to do so), nodding to his acclaimed compilation brand of the same name. In February 2015, Tiësto was awarded a Grammy in the Best Remixed Recording, Non Classical category for his remix of John Legend’s “All Of Me.”