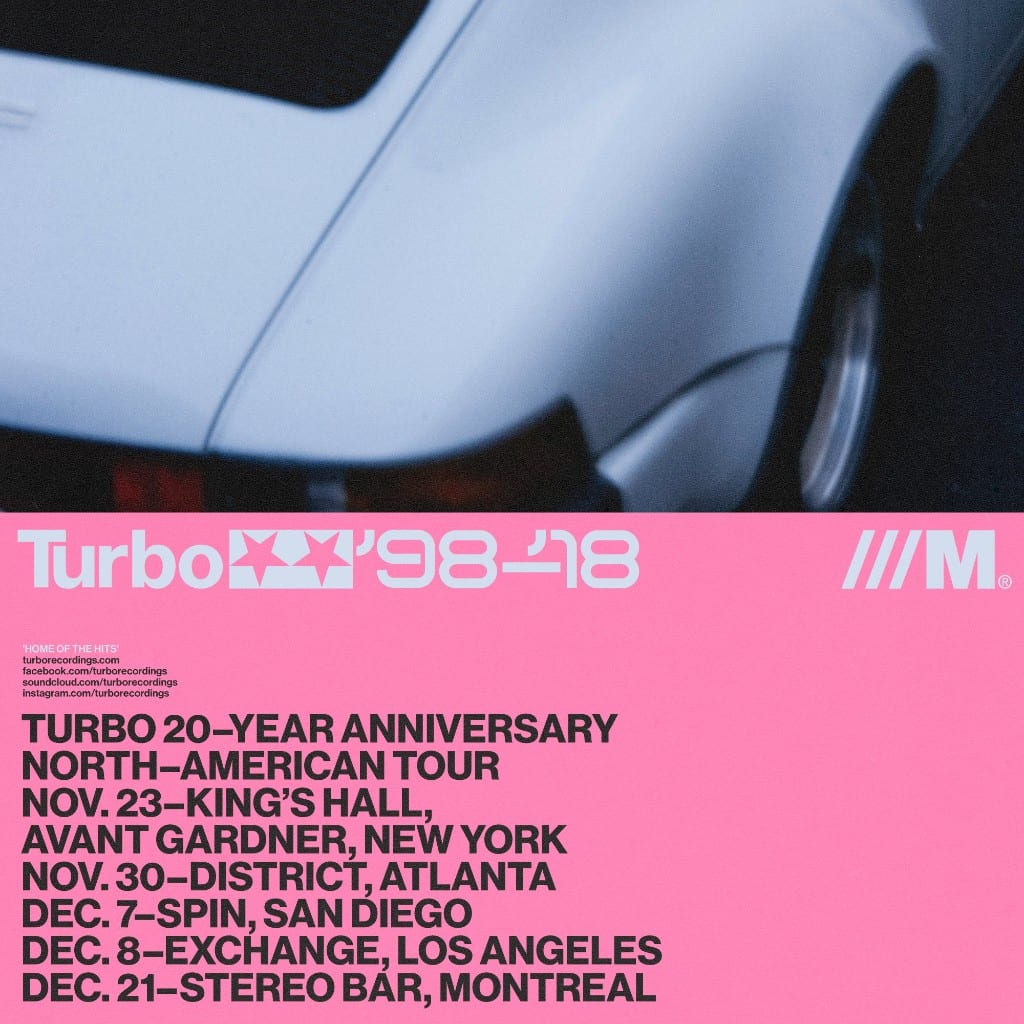 While some might be slowing down now the festival season is over, Tiga is ramping things up. Not only has he announced a Turbo 20 North America Tour to celebrate his label’s 20th anniversary, but he has also teamed up withThe Martinez Brothers on the forthcoming EP, ‘Blessed EP PT 1’.

The trio dropped the lead single, ‘Blessed,’ with the (Part 1) EP set to be released under Turbo Recordings on November 16th.

Friendship. Gratitude. Music Passion. Three words that set the precedent for the feel-good story of the year with the debut release from Tiga & The Martinez Brothers.

"This is a true labour of love,” says Tiga. “Two of the most refreshingly positive figures in dance music teaming with me, the heartless cynic with a heart of gold. Positivity and actual quality: the best of both worlds."

Tiga was originally meant to produce tracks for the DJ duo, but the sessions soon evolved into a full-fledged collaboration. The three men manned the studio in psychic unison, laying real-time drum programming and minimal storytelling over a techno foundation to create a truly dynamic dynamic. The result is some of the best work of their careers.

“Chris and Steve brought a deep knowledge of house music and DJ energy-flow, while I left my deep hatred of live studio jam sessions at the door," adds Tiga. “These tracks are tougher, funkier and weirder than 99.3% of contemporary dance music, and it’s all because we were brave enough to get sincere and real."

The material was written and recorded over the course of two sessions at Montreal’s Lost Star Studios, a haven for vintage gear and laid-back vibes right out of your most casual dreams. It was easily the most fun anyone’s had in a studio since 2014.

"You can keep your VIP laminates and hot flavors of the moment,” concludes Tiga. “I’m here to tell you that there’s nothing cooler than the magic of friendship.”

Tiga’s 7-date tour across the USA takes in legendary venues such as Kings Hall in New York, Spin in San Diego, District in Atlanta and Exchange in Los Angeles as well as dates in Mexico City, Juarez and back to his home turf Montreal.