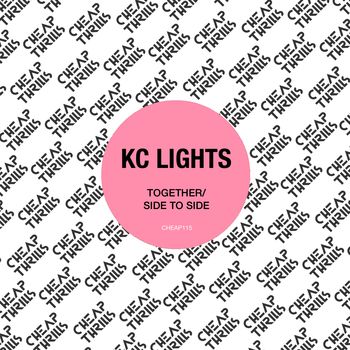 We're very excited to share with you the new single from multi-instrumentalist Kerr Slaven aka KC Lights who had a mammoth year in 2015.

His track No No No featured on countless compilations (including Annie presents… 2016, Hed Kandi 2016 and Cream Ibiza 2016). This followed support form MK, The Magician, Annie Mac and Pete Tong with heavy specialist BBC Radio 1 airplay.

The support continued with tracks like Lose It All and Down and he started appearing in the legendary Magic Tapes by The Magician and 2016 he’s already made his debut on Spinnin’ ollaborating with Mike Mago on the track ‘Daylight’.

Now he returns with a double header Together and Side To Side. Keeping his 90s house flavor on the stunning Together, he seamlessly sweeps in and out the vocal hook driven along with an analogue bassline and emotive chords. Side To Side is a nod to the early New York house scene with a hypnotic stab floating along a sumptuous chord progression and vocal lick.

Together has been supported by Annie Mac on BBC Radio 1 with further support from Monki, The Magician and MK. it's also at number 5 on the buzz chart.

Make no mistake, KC Lights is one to watch and 2016 will be his breakout year.

Together/Side To Side is released on 25th March 2016