Toyboy & Robin explain why Nothing Else Matters… But The Music 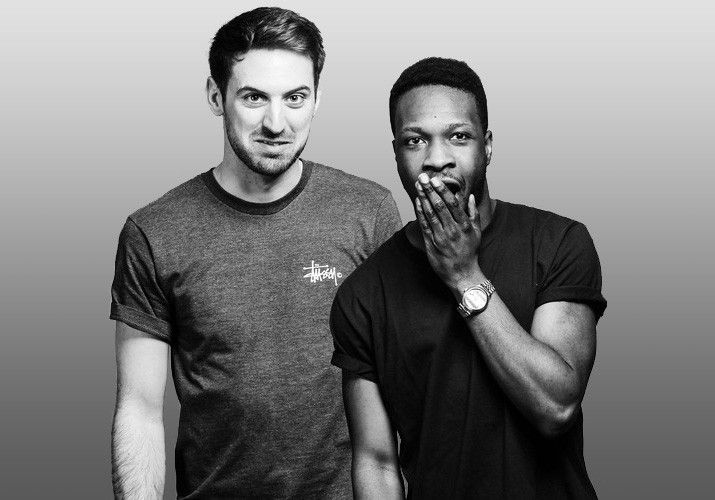 Toyboy & Robin explain why Nothing Else Matters… But The Music

Sitting at the forefront of the current bass-heavy house movement, Toyboy & Robin have been hand-picked by Danny Howard to help him bring his UK-orientated Nothing Else Matters brand back to Manchester for the follow-up to last year’s sell-out show with Mark Knight.  Representing on a stellar, all-British lineup, we had a chat with Toyboy & Robin to find out just what makes them tick…

There is a battle raging out there – the American sound vs the European grooves vs the British beats – what do you think makes British dance music stand out the most?

T: No disrespect to everyone else doing their thing but I think British dance music stands out the most for me because everyone involved in the scene here is really trying to push boundaries. The formula that works for one person or act doesn’t tend to be replicated by someone else, everyone’s forever trying to find their own sound and USP rather than just copying something that’s working for someone else.

R: I echo Toy’s sentiments. I also feel that people in the UK are doing it for the right reasons. In the States it seems very much like there’s a lot of money to be made and that’s exploited far too much.

If you had to name one homegrown rising star, other than yourselves of course, who would you tip for the top?

R: Fairly new to the scene and I think it may take slightly longer because it’s more niche, but I think our friend Tom who produces under the moniker ‘Werkha’ really stands a great chance to become the next Bonobo. He’s supporting on his European tour and he’s only 22…

T: For me it would have to be the likes of Bondax and Gorgon City.

Danny Howard chose the brand name “Nothing Else Matters….But The Music” due to the fact that British talent can be so passionate about their craft – what inspires you to do what you do?

T&R: At first obviously was just fun and a hobby and for sheer enjoyment. Whilst that is still the dominating factor, there’s so much more to worry about, with strategy and positioning yourself in the ever-changing scene. At the end of the day, I think our inspiration mainly comes from the enjoyment of trying to write new music whilst maintaining our sound. Plus we worked hard to leave our jobs, returning to a 9-5 wouldn’t be the nicest experience!

What do you think is the British dance music national anthem at the moment?

T&R: It honestly seems to change every week. Something will be in the top 5 then fall off pretty quickly. At the time of answering it probably is “Route 94 Ft. Jess Glynne – My Love”.

With Radio 1 having championed dance music for so many years, and Danny Howard now being a key part of that team, do you feel that dance music is now much more accessible to all generations? Do you think that’s a good thing?

T&R: Yeah 100%. Since the inception of dubstep, it seems electronic music hasn’t really left the charts. Once daytime radio is playing tracks it brings it to a much wider audience. We’re all for new listeners, but we would say if you like something, dig a little bit deeper and find some similar music, you never know what you may find!

If you hadn’t got into music, what would you have done?

T: I did a Law conversion not so long ago so funnily enough most probably would have gone into that… I’m glad I haven’t had to, not yet anyway.

R: I have an English degree but that was never something I was going to venture into. In all honesty, I don’t really know – I think I would be working in the industry if not a producer / DJ as that still really interests me.

What is your most treasured piece of tech kit?

R: I’d be inclined to agree – not too precious about the other stuff, as it’s all replaceable!

And most treasured none tech kit?

T: my phone, does that count?

R: Probably a pair of trainers I bought 18 months ago for far too much money that I’m still yet to wear!

2013 was a big year for you with your careers really starting to take off thanks to your release ‘No More Sunshine’ followed up by “Jaded” but what was your stand out moment?

T: Everywhere Festival that the Dollop guys put on in Nottingham. It was probably our funnest gig of last year, and seeing how many people came to see us play that early on into our careers was pretty overwhelming.

R: Again similarly I would agree. Also playing to a packed Ibiza Rocks crowd was a pretty nice experience as Jaded had only been out 2 months yet a lot of people knew it!

You’ve signed to MTA, of Chase & Status fame, what will be coming up for this year?

T: Our first EP of the year is out this month on MTA. In the immediate future, we’re planning on releasing a single, which we’ve already finished, not long after then no doubt another EP after that. Beyond that, who knows…

And what do you hope will be your stand out moment for 2014?

R: It would be really nice to get some daytime Radio 1 play. We work extremely hard in the studio so that would be an amazing reward…but one step at a time; I know I aimed high with that stand out moment!

Manchester is renowned for its influence when it comes to everything dance music based – what are you going to serve up to impress this knowledgeable crowd?

T: We’re pretty fortunate to know the Manchester crowd/scene really well having spent our time at Uni there, one thing we know is everyone there is always out to have fun. We’ll do our best to make sure that’s the case!

If you ever emigrated – what would you miss most about the UK?

R: English Summer is actually really nice when the Sun is out. And although I don’t do them anymore, things like country walks / cycles would soon be missed when you don’t have the option to go on them…

And finally, you’ve got the perfect promo stage, all the fans of NEM are sat up and listening – promote whatever you want…. GO!….

T&R: Be sure to go check out our Better Places EP out on MTA and come join us online, or even better at one of our shows!