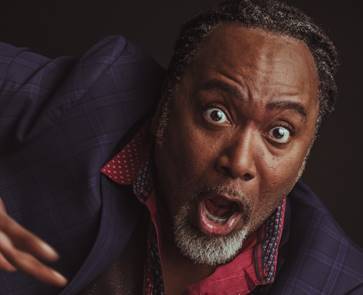 Tramlines, one of the UK’s most popular city-based festivals, has announced the comedy lineup for its 2019 event. Appearing in Hillsborough Park, Sheffield are comedy heavyweights, Phil Jupitus and Reginald D Hunter, plus Shappi Khorsandi, Andre Vincent, Alistair Barrie, Daniel Muggleton and Thomas Green. This side-splitting bill marks the second year of comedy programming at Tramlines and its biggest yet, as part of its perfectly curated mix of music, art, and comedy. This latest announcement also unveils another injection of breaking music talent to the lineup, including Yonaka, Georgia, Skinny Living, Otherkin and Cassia. The 11th edition of Tramlines (19th – 21st July) will see headline performances from Two Door Cinema Club, Courteeners, Nile Rogers & CHIC, killer lineups across four-stages including Johnny Marr, Lewis Capaldi, Manic Street Preachers, Annie Mac, Tom Grennan, Rag N Bone Man and Doves; an outdoor cinema, family friendly area, and handpicked food and craft ales. Weekend tickets are in very limited supply with 95% already sold. Tier five weekend tickets are still on sale but unlikely for long, priced at an unbeatable £75.50 plus booking fee making Tramlines one of the UK’s most affordable festivals. To buy visit www.tramlines.org.uk.

The introduction of comedy at Tramlines, hosted by Sheffield institution, the Leadmill, was a hit in 2018. Crowds gathered for outrageous and risqué content from leading comics including Henning Wehn, John Shuttleworth, Bethany Black, Tom Stade, Tom Wrigglesworth, Jarred Christmas and more. With the precedent now firmly set, Tramlines and the Leadmill have cooked up another corker of a lineup for the 2019 return.

Topping the bill on Saturday night in 2019 is the American expat who Brits now call one of their own, Reginald D Hunter. The Georgia-born comic is currently celebrating 20 years as a comedian living and performing in the UK with a huge 40-date national tour where in his southern drawl, he’ll have audiences keeling over with his distinctive take on race, sexuality and politics. Most will recognise his face from TV appearances on Have I Got News For You and the widely popular BBC2 series documenting the growth of American popular song, Reginald D Hunter’s Songs Of The South and its equally successful follow up, Songs Of The Border.

Headlining on Sunday is stand-up comedian, actor and performance poet, Phil Jupitus. The former team captain of 19 years on BBC Two’s celebrated music quiz Never Mind the Buzzcocks, has a career-long connection with the music industry. From touring universities supporting bands such as Billy Bragg, the Style Council and The Housemartins, directing the Brit Awards-nominated music video for Bragg’s ‘Sexuality’ in 1991, to DJing numerous times at Glastonbury, Jupitus is the perfect fit for Tramlines.

Next comes one of the country’s finest comedians, Shappi Khorsandi, who established a name for herself in 2006 with a sell-out Edinburgh show, Asylum Speaker. Khorsandi has since travelled to all corners of the globe, appeared on countless TV and radio shows including, Mock The Week, 8 Out Of 10 Cats, Just a Minute and other flagship Radio 4 programmes.

The remaining lineup features a mix of in-demand and conquering comedians. These include the situation comic and all-round entertainer, Andre Vincent, whose 30-year career cites writing credits for Channel 4’s The 11 O’clock Show and co-creating The Late Edition, as hosted by Marcus Brigstocke. He’s joined by fellow Brit Alistair Barrie, a regular at London’s world-famous Comedy Store and a core member of their weekly topical ‘Cutting Edge’ team.

The laughs continue to roll with the Australian born / UK-based, Thomas Green, who’ll deliver his engaging-storytelling style of comedy, which combined with his quick-witted exchanges and improv means audience members at Tramlines should think twice about heckling! Also flying the Aussie flag is Daniel Muggleton who’ll bring to the proceedings his ‘hilarious’ observations as reviewed at the Edinburgh Festival.

Tramlines Festival is also announcing another batch of new talent for the 2019 lineup that spans genres from disco to rock and pop, from the internationally acclaimed to the hottest breaking bands. The latest additions include; Brighton four-piece, Yonaka, and post-grime pop singer, Georgia, both who’ve received high accolades from The Guardian as ‘One To Watch’; West Yorkshire’s Skinny Living who have supported Jake Bugg; Irish rock band, Otherkin, and indie band Cassia whose talents were affirmed with a Radio 1 BBC Introducing Track of the Week for their 2017 single, ‘100 Times Over’.

Whilst the Tramlines line up gets bigger each year, it remains seriously good value for money. Weekend tickets have sold quicker than ever and are now on fifth tier and priced from £75.50 plus booking fee for all three days. VIP upgrade tickets are available for an additional £50 granting access to the private VIP area situated right next to the main stage with private bars, food stalls and toilets. Under 12s go for free. For full ticketing info including monthly payment plans, visit www.tramlines.org.uk.