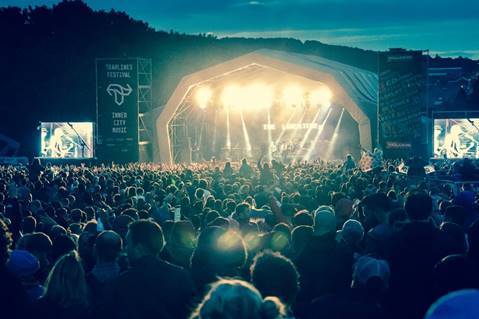 The highly anticipated 10th edition of Tramlines Festival boasts its biggest, broadest and best line-up of musical talent yet for the new location on Hillsborough Park from Friday 20th – Sunday 22nd July 2018. Household names from the worlds of indie, rock and roll, garage, rap, pop and hip hop are among the first announcement, including headliners: Stereophonics, Noel Gallagher's High Flying Birds and Craig David’s TS5, plus Blossoms, De La Soul, Jake Bugg, Reverend And The Makers, Stefflon Don, The Sherlocks, Mabel, The Magic Gang, Coasts, Pale Waves, Gengahr, Naaz, Mullally, andStereo Honey. Tramlines’ new home – licenced up to 40,000 people – features four different stages, a wider than ever before range of entertainment including pop-up cinema, comedy lineup, special treats from Sheffield’s local breweries, a kids and family area and much more. It remains one of the best-value for money city festivals anywhere in the country, with weekend tickets now costing £59 plus booking fee and available from www.tramlines.org.uk.

Evolving and growing each year, the 10th instalment of Tramlines will be the most impressive yet, not least because of the new location in Hillsborough Park, but having the space to roll out extra entertainment that makes it as all-encompassing as any traditional, greenfield festival. The new site includes four stages with one hosted by iconic local venue the Leadmill and curated on the Sunday by ‘The Reverend’ Jon McClure, an all new Library Stageoffering contemporary live performances from a variety of emerging talent, and a bigger than ever Into The Trees area with a wealth of kids and family friendly entertainment throughout the day and a plethora of party DJs by evening.

Remaining true to its initial vision of being as musically diverse as possible, the 10th Tramlines does so once more by mixing emerging heroes with internationally celebrated acts from a wide range of genres. Friday’s headliners, Stereophonics, with a reputation as one of the best live bands from Great Britain are still riding high off the success of their latest album, Scream Above the Sounds. Current single Taken A Tumble finds the band in fine form and guaranteed to be a highlight of the festival.

Saturday is headlined by ex-Oasis man Noel Gallagher's High Flying Birds, a band who continue to fly the flag for British rock and roll around the world with smart songwriting and huge hooks. Sunday, meanwhile, sees the ever-popular Craig David’s TS5 headline. Akin to a live dubplate clash complete with Craig David on the decks as well as the Master Of Ceremonies with his speed-rapping skills, it’s a performance not to be missed.

Other acts featured in the first announcement include Manchester rockers, Blossoms, mixing up indie, synth pop, alt and psychedelic rock with their thrilling live show, and flower-power hip-hop legends, De La Soul, who are still one of the most influential groups in the scene more than 20 years after first emerging. Add in the retro-soul stylings of chart topper Jake Bugg, local lad turned global star Reverend And The Makers, and the witty lyrics of rapper Stefflon Don, and the Tramlines Festival lineup so far is looking sharp indeed.

Tramlines will open its site earlier than previous years, kick starting the day with some 90s nostalgia in the form of the Lycra clad Mr Motivator and the party starting Rhythm of The 90s. Add this to the lineup announced so far and you have a real smorgasbord of sights and sounds that will add up to a truly diverse and memorable weekend.

Tickets for the 10th Tramlines Festival have been selling fast. They’re now on fourth release but remain unbelievable value at just £59 plus booking fee for a weekend ticket, covering all three days. Tramlines continues is reign as one of the largest inner-city music festivals in the country, situated just 13 minutes from Sheffield city centre via tram.

Keep an eye out for further lineup announcements – visit www.tramlines.org.uk or follow Tramlines on social ‘@tramlines’.