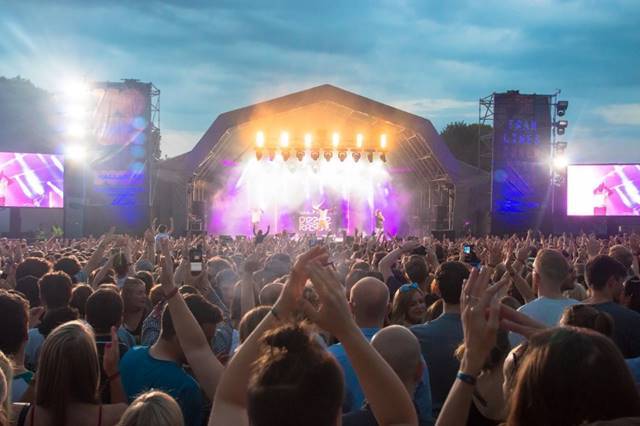 Once again proving itself to be a musical feast, Tramlines Festival today announces a second wave of acts to play its celebratory 10th edition, including Clean Bandit, Mystery Jets, Rat Boy, Milburn, Everything Everything, Shed Seven, The Big Moon, Nina Nesbitt, Lewis Capaldi, Fickle Friends, High Hazels and Oddity Road. Taking place at the new location of Hillsborough Park in Sheffield from Friday 20th – Sunday 22nd July 2018, the worlds of indie, rock and roll, garage, rap, pop and hip hop all collide when these acts join the previously announced headliners Stereophonics, Noel Gallagher's High Flying Birds and Craig David’s TS5, plus Blossoms, De La Soul, Jake Bugg, Reverend And The Makers, Stefflon Don, The Sherlocks, Mabel, and tons more in its biggest lineup yet. This special installment of Tramlines comes with more festival-style entertainment than ever over four stages including a comedy lineup, pop up cinema, family area, and a brand new Leadmill Stage. The whole of Sheffield will be in party mode when they come together for this momentous version of Tramlines.

Headlining Stage 2 on Saturday are multi-million record selling chart toppers, Clean Bandit. Few acts have risen through the ranks as quickly as this three-piece, mixing dance music with classical in rousing new ways. From hits like ‘Rather Be’ to ‘Rockabye’ to ‘Symphony’, their crossover style is a favourite at festivals around the world and guaranteed to be a winner at Tramlines.

Tramlines is thrilled to announce that the Mystery Jets will headline the Leadmill Stage on Friday night. The standout British band whose fusion of indie rock, post-punk, psychedelia and prog has made them firm favourites over the course of six albums and more recent singles like ‘Bubblegum’ as well as classics such as ‘The Boy Who Ran Away.’ Then headlining the Leadmill Stage on Saturday are livewires Rat Boywho’ll be bringing more than just guitar music to Tramlines with their raucous live show and on-stage chemistry. Expect tracks from their debut album ‘Scum’ that the band brought to fruition with a little help from Blurs’ Damon Albarn and Graham Coxon.

Back to the festival opening on Friday, experimental Manchester outfit, Everything Everything, will now join Stereophonics on the Main Stage. Coming off the back of their biggest and best album yet in 2017’s ‘A Fever Dream’, which was shortlisted for the Mercury Music Prize and received three nominations for the Ivor Novello Award, the band are set to put on a dynamic and energetic show at Tramlines.

Also amongst the latest additions are local heroes Milburn in a not-to-be-missed appearance. Since reforming a couple of years back, the band have enjoyed an incredible couple of years, and have told festival organisers that this will be their “last show for a long time”! Support comes from indie innovators, The Big Moon, who return to Tramlines after a killer performance in 2017.

Influential live outfit Shed Seven will play Stage 2 on Sunday and will demonstrate just why they helped shape the sound of Britpop in the 90’s. Just last year, the York outfit continued to lead from the front with their Top 10 album ‘Instant Pleasures’, which mixed melancholy with uplifting albums to great acclaim.

Completing this latest wave of names are emerging talents, Nina Nesbitt, Lewis Capaldi, Fickle Friends, High Hazels, and Oddity Road. Each embodying a unique sound and youthful energy, they are just some of the acts who are set to make a well-deserved mark on the scene in 2018.

As one of UK’s most popular inner-city music festivals, Tramlines’ new home is just 13 minutes from the city centre by tram, meaning it stays connected to the plethora of fringe activities happening all over town. The tenth Tramlines has an expanded site to host even more music lovers and to offer a wider range of world class and new talent performances alongside more great entertainment than ever before.