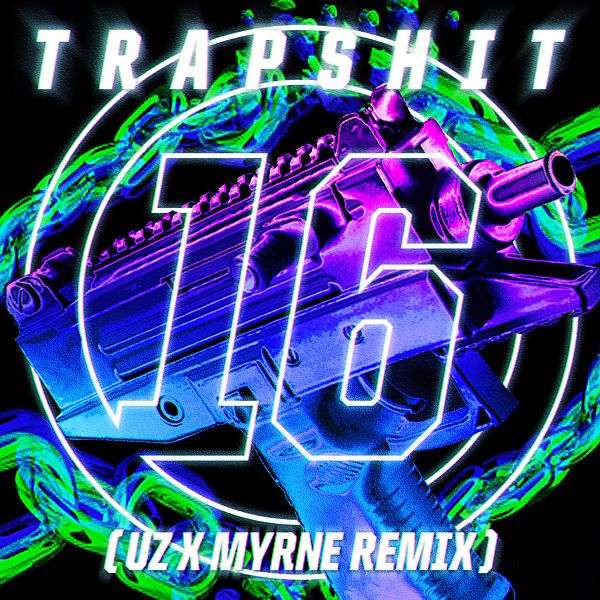 Partnering up with UZ himself for the remix, their re-work transforms the original into a bass-fuelled anthem that is sure to appease even the most discerning music lover – available as a free download exclusively on UZ's SoundCloud.

"It’s always a pleasure when you join forces with a producer as versatile as UZ. What started as a DM on Twitter about hopping on an edit of his ‘Keep It Trill’ acapella, turned into this beast of a flip.

"This particular remix was really fun – juggling my melodic tendencies versus his inebriating minimalism. What came out was a perfect blend of wub, wave & trill without sacrificing the gangster in the original."

Recently signing to Mad Decent in 2015 and becoming the first Asian act on their stellar roster, MYRNE is at a pivotal moment in his rising career. With a portfolio that ranges from a piano rendition of What So Not’s ‘Gemini’ – featured by What So Not himself in his EDC headline performance – to heavy bass-fuelled dubstep, MYRNE has already asserted himself at the forefront of music innovation. His debut EP titled 'Softsins', amongst other stellar productions, have garnered support from the likes of Diplo, Baauer, DJ Snake, Madeon, The Chainsmokers and Major Lazer, to name a few.

Gracing a host of festivals and events worldwide, including ULTRA Korea, Djakarta Warehouse Project and his own night Audible Visions at Zouk Singapore (#6 on DJ Mag Top 100 Clubs), MYRNE has now set off on his 2016 South East Asia tour, having played at the official Ultra countdown party at Blowfish Jakarta earlier this month. With a host of new music on the way and more dates to be announced, make sure to keep up to date with all MYRNE’s socials for any upcoming news.

4th-7th November – It's The Ship – Singapore