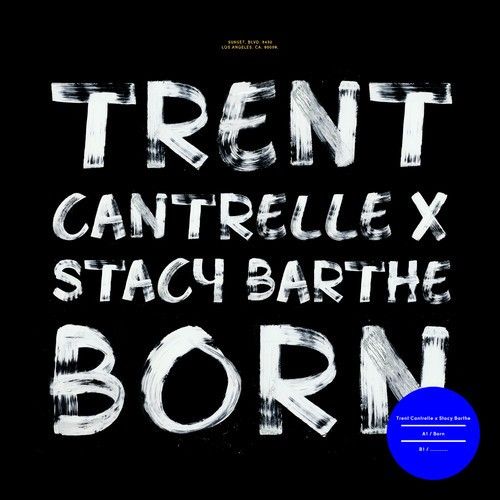 After releasing the inaugural EP ‘Nice & Close’ earlier this year on ‘X’, Trent Cantrelle returns to Steve Angello’s new sister label with a fresh single – “Born” – which is out now.

Trent Cantrelle has been integral to the house music scene since the 90s.  The LA-based DJ and Producer’s first release was “Runaway”, which lead to him being clocked by Pete Tong as “one of the hottest dance talents of the U.S.” He achieved further worldwide success with his top ten big room tech-house hit “I Want A Freak” in 2011 and his recent hits “Night Like This” and “Ride” caught the attention of  Steve Angello, which lead to Cantrelle becoming the pioneer of the new sound of ‘X’ records.

With its minimal and deep house feel, ‘Born’ stays true to X’s already-distinguished direction. This allows the haunting vocals from Stacy Barthe and the skillfully-produced sonic gestures to pierce through. The track contains smooth buildups with subtle piano chords and deep drops, which will fit perfectly into live DJ sets this year.

Cantrelle organises and regularly plays at his ‘Sounds Like’ parties; weekly label events where he has the freedom to allow his skill and creativity to flourish. He has also played at some of America’s biggest outdoor dance music events such as Coachella and The Electric Daisy Carnival over the summer and is now gearing up to play at Size In The Park in New York later this month. ‘Born’ is out on the 7th of October and is definitely one to watch out for this coming autumn.