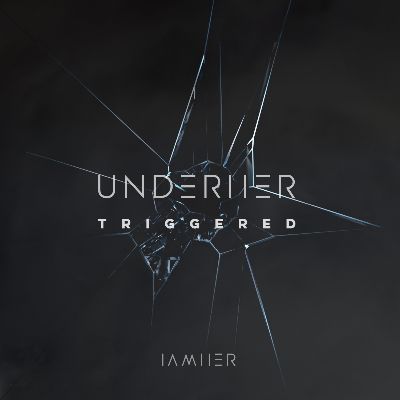 Exciting new live electronic duo UNDERHER have released their latest EP, ‘Triggered’, via own label IAMHER on the 15th February. The release includes the duo’s original title track, plus four remixes; one from rapidly rising twin DJ/production duo Lunar Plane, one from popular Italian mau5trap affiliate Seismal D, and one from the fledgling talent Lerr from Montenegro. Kalden Bess, one half of UNDERHER, rounds off the package with a club focused remix of his own, produced alongside upcoming talent and friend UNDFND.

The original version of ‘Triggered’ is emblematic of the distinctive sound UNDERHER are carving out for themselves; sensual, cinematic and evocative, a blend of the sultry tones of the RnB that first inspired Jess with a dark and deep techno mentality. Quality songwriting is also central to the UNDERHER production process: here, Jessica’s hypnotic, breathy vocals allude to an insatiable sense of longing in a controlling relationship.

This EP is the latest in a productive period for UNDERHER studio-wise. They released their first “official” EP, ‘Inside’, in October last year, and have since followed that up with the ‘Dark Souls’, ‘Mercy’, and ‘The Departure’ EPs. They’ve also officially remixed Moby, U2, and Booka Shade – who were so impressed they signed up the duo for a collaborative EP on their own label, due out later this Spring. UNDERHER’s incredible live performances – with Jessica on vocals and Kalden on a full electronic setup – have also seen them support the likes of HVOB, SOHN and Haelos, and play festivals and club shows internationally such as Stereo Montreal, Piknic Électronik, Uberhaus Beirut, Sisyphos and Katerblau Berlin, and Blue Marlin Dubai. They will be making their headline London debut on the 6th March, and will also be playing the main stage of Goa’s Sunburn Festival and the Carribean SXM Festival over the coming month.