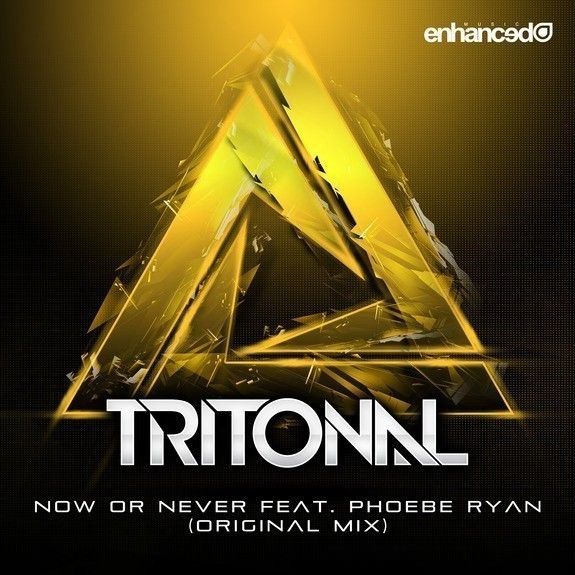 With their last single ‘Follow Me Home’ making its ascent on the Beatport Electro House chart, Tritonal now announce the upcoming release of their next track – ‘Now Or Never’.  Out on Monday 28th October through Enhanced Music and available to buy exclusively from Beatport for 2 weeks, the second single from their forthcoming EP ‘Metamorphic II’ is yet another class offering from Chad Cisneros and Dave Reed.

These guys know exactly what is needed to make the perfect main stage anthem and ‘Now Or Never’ most certainly fits the bill. Combining the heart-wrenching lyrics and luscious vocals from singer Phoebe Ryan with tantalizingly well drawn out builds, Tritonal create a suspense before every drop, resulting in an incredible explosion of synths that moves in tandem with the enraptured melody. This next single has all the hallmarks of being another smash for the Texas-based duo as it displays their masterful production ability as well as capturing all of their natural exuberance. ‘Now Or Never’ is guaranteed to instantly resonate with Tritonians and others equally as passionate about music across the world, and has already found its way onto the playlist at Sirius XM in the States.

As these magnificent soundscapes continue to emerge from the Tritonal camp, Chad & Dave also continue to make their way around the globe delivering their larger than life shows to their avid fans. They dominated dance floors across North America over the summer before heading to London at the end of September to electrify crowds on Enhanced Music’s exclusive ‘All Hands On Deck’ boat party down the River Thames, followed by another set at world renowned venue Ministry Of Sound for their main room label takeover later that night. October and November sees them return to the US & Canada ahead of them joining up with the Stereosonic Festival Tour around Australia. Check out their upcoming dates below:

As always, you can keep-up-to-date with everything Tritonal on their official Facebook, Twitter and Soundcloud pages as well as tuning in to the Tritonia Radio Show on Saturdays at 2pm EST on Sirius XM, channel 52 ‘Electric Area’.