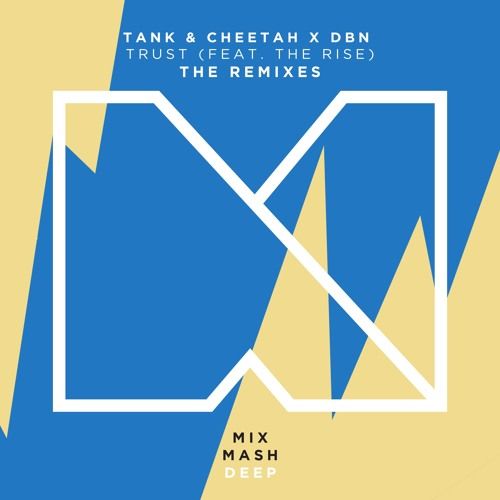 'Trust' ft. The Rise, the collaboration between Tank & Cheetah & German trio DBN that was released earlier this year, has been given the remix treatment. Stellar cuts from Paul Vinx and Plastik Funk and a VIP Mix all feature in the package. The remixes are out now on Mixmash Records and are available to purchase via all digital retailers.

Originally released back in January, 'Trust' was received with a rapturous response by fans and critics alike. Paul Vinx, a friend of DBN having released on their label RUN DBN Records, was called up to remix the track and has delivered a cutting edge rework that amps up the energy yet stays true to the DBN ethic. Fellow Germans Plastik Funk bring an inimitable groove to their version of the track, stripping back to the vocal with a melodic house groove supplemented by a classic piano stab progression. Tank & Cheetah and DBN's VIP mix is sure to turn some heads, as it focuses on the 90s influenced vocal and supplies an irrefutable groove built to stun dance floors and airwaves alike.

DBN continue in fine form as we enter spring, with a series of tour dates locked in and several releases in the pipeline, its clear that this outfit is showing no signs of slowing down. Be sure to catch up with the trio at their socials below for all the most up to date information.