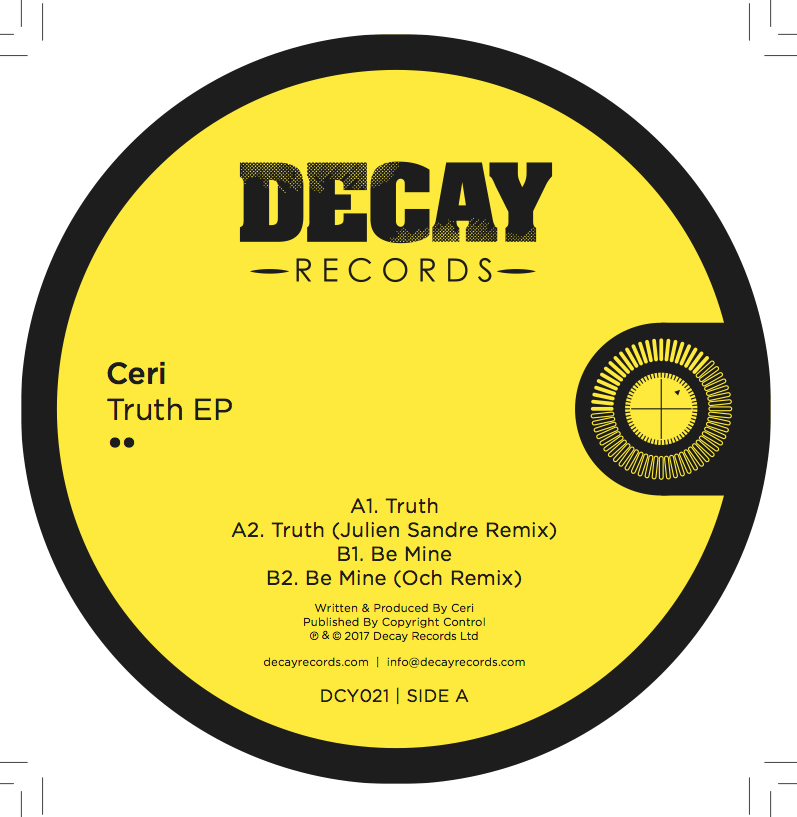 London based producer and DJ Ceri has been steadily on the rise over the past decade. She shaped her distinctive DJ style playing nine hour sets in the second room of Corsica Studios as one of Jaded’s official residents.

Her rising reputation then led to recognition from many electronic music institutions, such as fabric and Percolatein London and Back To Basics in Leeds. Further afield, after supporting her music, Jamie Jones welcomed her as a guest for his Paradise party at DC10 in Ibiza and she has graced the decks in Berlin, Mexico, Switzerland andItaly too.

Amongst these impressive feats, Ceri is also widely recognised for her studio talents, with her releases and remixes being played by everyone from Richie Hawtin to D'julz.

Title-track ‘Truth’, inspired as a response to Brexit, takes the lead with pulsating subs, bumpy rhythms, tight-knit percussive shuffles and menacing sawtooth bass tones while spoken world vocal tones stating 'we are all equal' and how we should live 'not with our minds, but with our hearts', further fuel the murky, atmospheric aesthetic. Julien Sandre steps up to rework ‘Truth’ next, stamping his mark on things via ethereal atmospheric flutters and robust, swinging drums.

The second original from Ceri, ‘Be Mine’, opens up the flip side, this time round embracing low slung rhythms, a choppy tom-driven bass line and dynamic, tension building feel throughout with resonant synth licks, vocal shots and string gradually unfolding. Autoreply main man OCH then closes the release with his take on ‘Be Mine’, delivering a typically stripped back and groovy interpretation from the Berlin based artist, focused on intricately programmed percussion and gritty bass stabs.