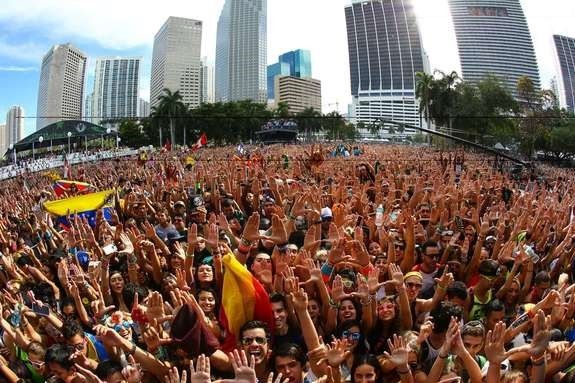 Twitch, the world’s leading social video platform and community for gamers, continues its foray into music as an official broadcasting partner of Ultra Music Festival, the world’s premier electronic music festival. This year’s live stream will be powered by 7UP®, the exclusive sponsor of the stream for the 2015 music festival. Scheduled for March 27-29 during Miami Music Week, the entire festival will be broadcast live on Twitch at twitch.tv/ultra.

The talent set to perform during the seventeenth annual edition of the Ultra Music Festival features more than a hundred of the electronic music scene’s biggest acts. Some of the DJ sets and live performances at the festival include:

“We are always pushing the envelope, working with the most innovative companies to stay ahead of the curve and offer our fans as much value as possible,” said Adam Russakoff, Executive Producer/Director of Business Affairs/Talent Buyer, Ultra Music Festival and Ultra Worldwide. “We don’t tolerate mediocrity and our switch to Twitch is yet another step in the continuum.”

Twitch recently introduced the Twitch Music Library, a resource for game broadcasters that provides rights-cleared music for use in live video and VODs. As part of this venture into music, Twitch launched Music as a beta broadcast category. This has quickly attracted some of the biggest names in the electronic music scene and paved the way for the Ultra Music Festival to choose Twitch as its exclusive broadcasting partner.

“Our community has illustrated a strong affinity for live music, making Twitch a compelling new way for artists to connect with their fans,” said Colin Carrier, CSO and Head of Music, Twitch. “Being able to host the Ultra Music Festival on our platform with sponsorship from a brand like 7UP is testament to the power of live social video.”

“We are thrilled to be collaborating with great partners like Twitch and Ultra Music Festival to bring fans across the globe closer to some of their favorite artists,” said Dave Falk, vice president of marketing, 7UP. “Not only are we providing a unique experience at the festival through our Stage 7 activation, but we are able to provide unique access for music fans who can’t attend the festival through this incredible live stream approach.”